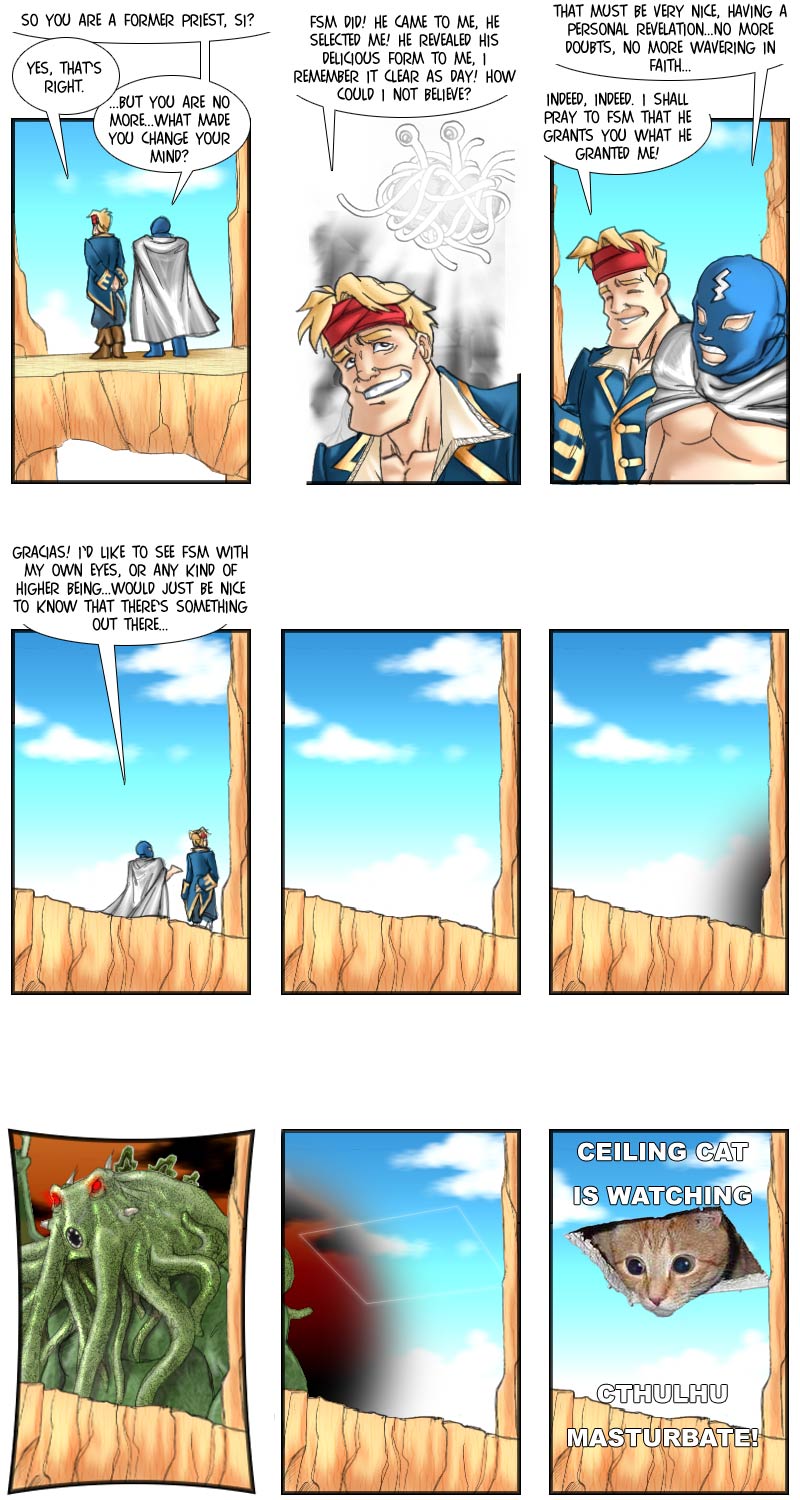 I just thought I should break a lance for religious tolerance and diversity on BMC…while the Flying Sphagetti Monster plays an integral part in the story due to the connection with Father John Captain McKenzie, I don’t want to come over as one-sided. Not everyone even believes in FSM, after all, and we have to acknowledge that there are other gods some people believe in – for example CEILING CAT, the Invisible Pink Unicorn (panel five, to the left) and Cthulhu.

Of all the systems of belief mentioned, Cthulucism has the most concise set of commandments:

More on Thursday, and don’t forget to check out today’s new voting incentive.