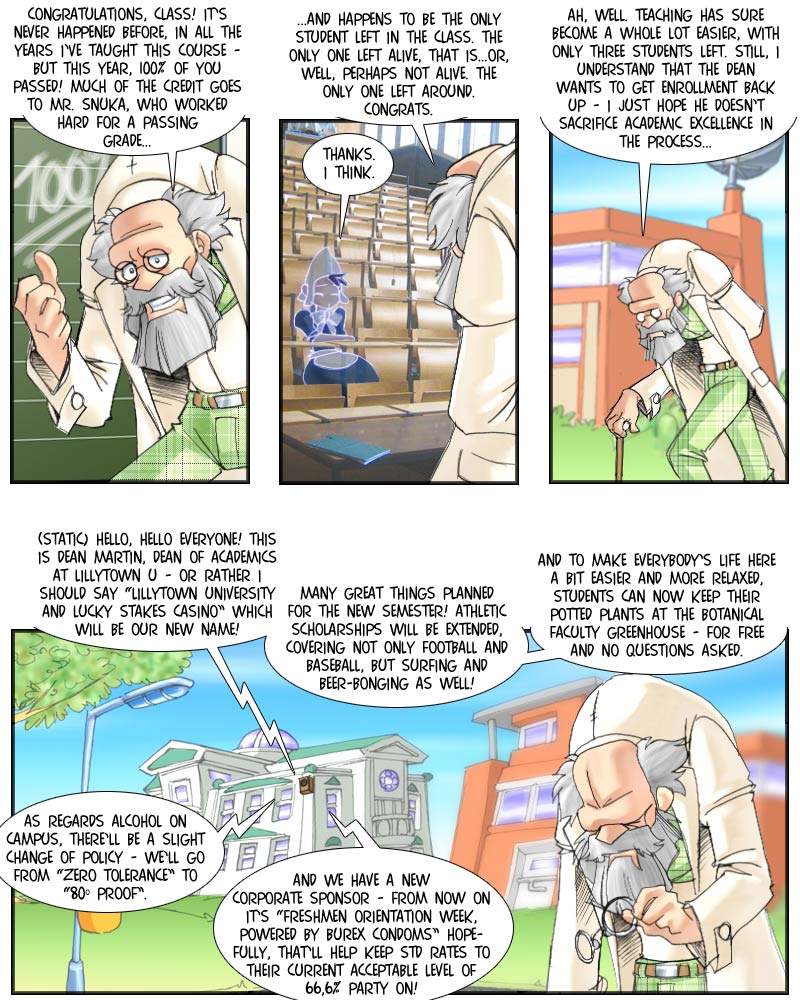 Well, you’ve gotta understand the Dean – finding new students is tricky if the career description for practically everyone in your last graduating class reads “became a moderately successful shambling undead and was purged from existence by mysterious rays only hours later”. And if Lillytown U isn’t going to get a shot at many of the most promising freshman, anyway, the Dean can at least try to get plenty of the less promising, that’ll at least get the University’s income back up to the previous (tragically low) level.

The Professor, naturally, isn’t entirely happy about the whole scheme – it’s not like he would be going to relax his standards, anyway, but flunking 98 % of a class is just a lot more work than flunking only his usual 60 %. And he’s gonna have a lot of people in his classes, given the drastically shortened staff roll and the fact that Dean Martin is unlikely to invest as much energy into finding new staff as into finding new students – students pay, staff gets paid, that’s the short of it.

As for the STD rate Martin mentions – yes, that means that two of the three students left (Mopey, Biff and Snuka) have STDs. I leave it to your imagination who the clean one is.