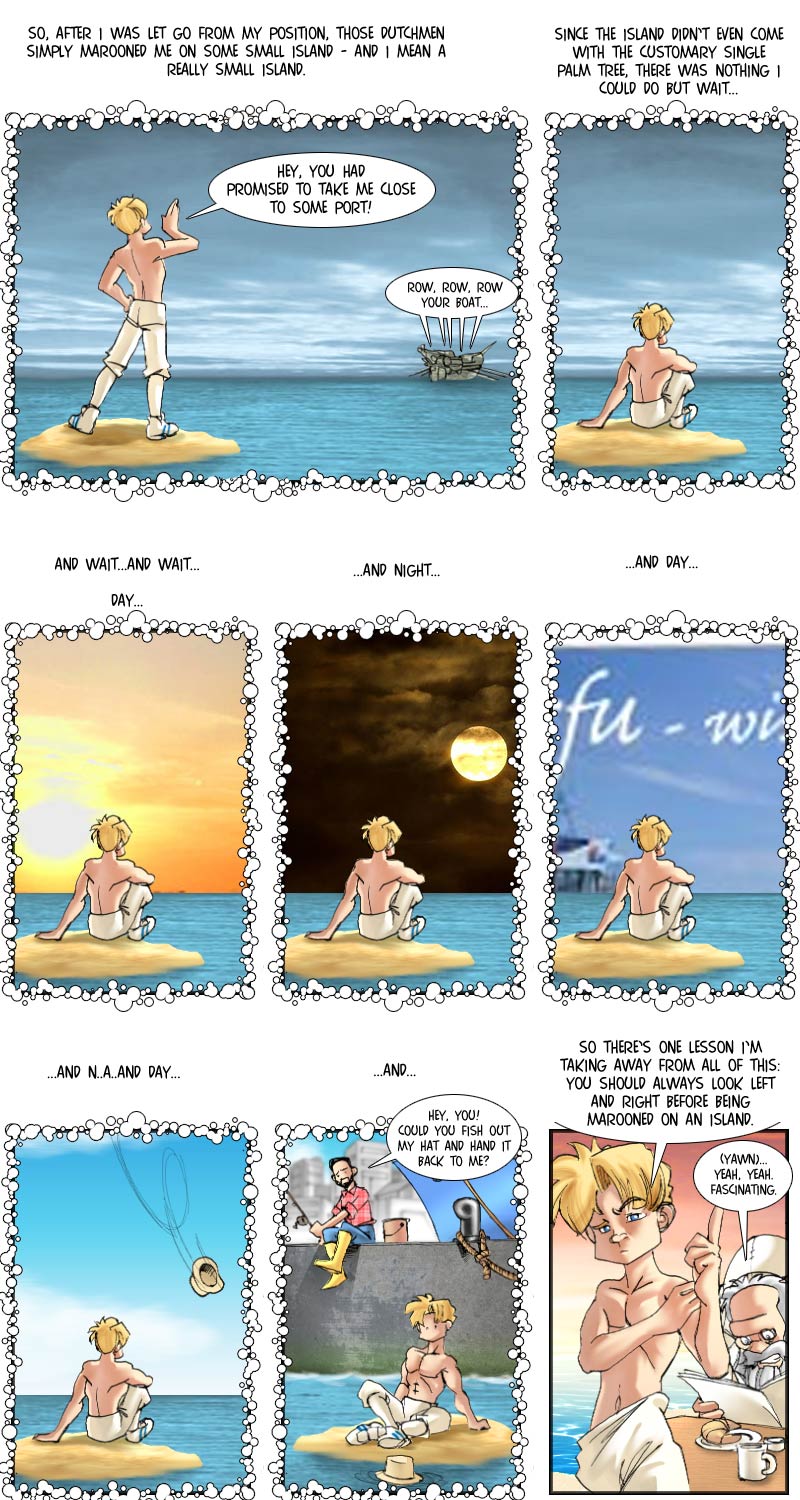 Well, Biff might not be the brightest crayon in the box (unless he happens to be the only one) but he seems to have a good instinct when it comes to life lessons: always keep them as specific as possible. The so-called ‘great truths’ always tend to get in conflict with each other at some point. Plus, by keeping rules specific, Biff lessens the impact of his bad memory: since it’s not highly likely he’ll ever encouter a similar situation again, it isn’t much of a loss that he’ll probably have forgotten his lesson by tomorrow.

Yes, George Geekish collects postcards. Not only do they serve as a colorful reminder of the places he’s visited over the years, they also constitute his reserve of ready-made generic backdrops. Too bad some of them have writing on them…but, hey, it’s only on screen for a few seconds, and it could always be some coincidental, weird cloud formation, right? Right?

In the meantime, the Professor has woken from his little nap and moved on to breakfast. Nothing wrong with regular habits, is it?

“The Flying Dutchman”, meanwhile, remains demasticated..uh, demasted, I meant to say. So much for “But at least we’re not serving on a galley.” ._.