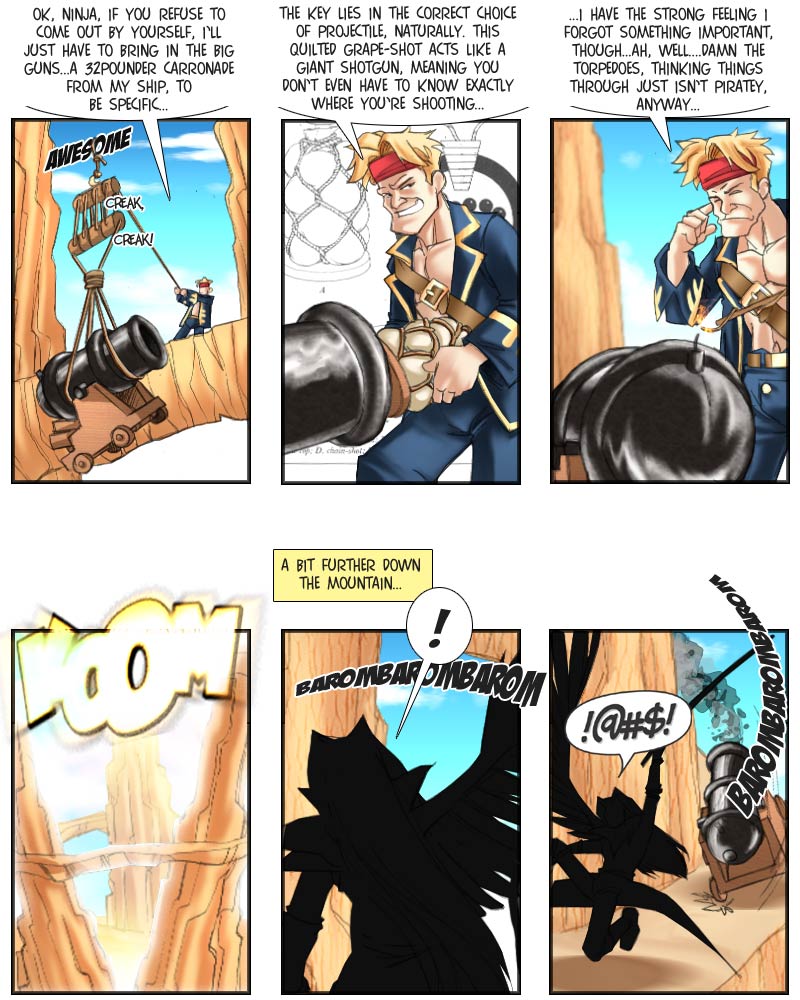 As mentioned earlier, Father John Captain McKenzie is such an awesome pirate, he can actually attach a rope to his awesome and swing from it – but more, as seen here, he can even suspend a set of blocks and tackles from his awesome and use it to haul up a 32pounder carronade (which would probably weigh close to a ton, normally)! His awesomeness also allows him to easily get things from his pirate ship under any circumstances, which still always remains off-panel – because it would be a bitch to draw.

His choice of ammunitions seems also appropriate to the situation – now if he had only considered the recoil, and the riskiness of firing such an unpredictable weapon perched on a precarious ledge above a bottomless chasm. I guess I will have to hold back on scoring this round until we learn whether either pirate or ninja did even survive this incident.

And the whole thing had another unfortunate consequence: the mysterious silhouette which was just about to catch up with the story is now getting chased down the mountain by a load of remorseless metal, further delaying the revelation of his identity. Still, I can understand why Father John did it…that kind of gun must be a terrible temptaion for anyone who ever played with matches as a kid (and who didn’t?).

Anyway, so much for the obligatory artillery bit that has to be included in any pirate-themed work of fiction. More on Monday, and don’t forget to check out the new voting incentive.