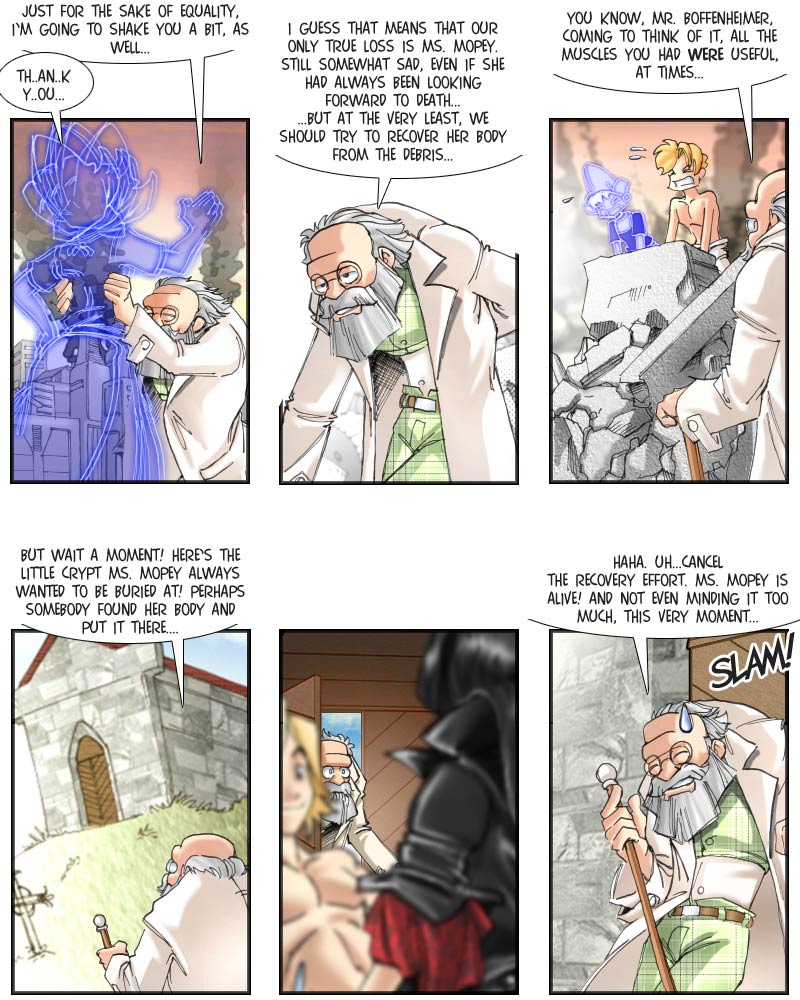 And thus the team is finally complete again…naturally, I let Mopey be ‘dead’ longer than the others, because she’s the one most likely to enjoy the experience. But you just can’t be dead forever, I guess, so it’s high time for her to turn back up and bring everyone else down again – you wouldn’t want that victory euphoria to hang around for too long.

Good thing she isn’t buried under that rubble, though – between Snuka being a ghost and Biff being skinny the recovery effort wasn’t really progressing at a rapid pace. Plus, there was a certain risk it would bring up bad memories for Snuka, having been on the other side of the whole affair.

The Professor correctly remembers that Mopey once mentioned she wanted to be buried at that cozy, romantic little crypt – not that it really meant that much to her, though. She is like a butterfly, she wants to be buried someplace different every other week. ._.