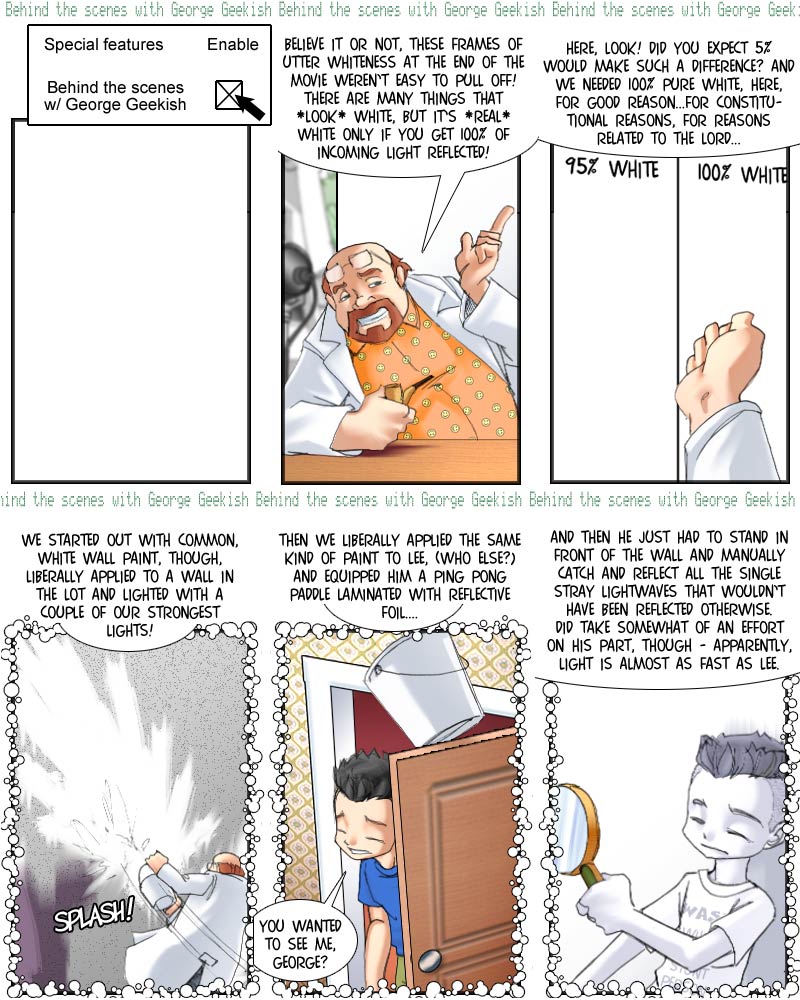 Yeah, it’s often the seemingly simple things that cause the most problems behind the scenes – it took Lee hours of practice to learn to deflect all of those stray lightwaves in time, and all of it just so he would not be seen in the finished frame.

In case you’re wondering how Lee can be faster than light: it’s the atmosphere. Nothing can travel faster than light in a vacuum, but our planet’s atmosphere slows it down just the tiniest of bits, and that’s how Lee can outrun it – if he makes a real effort. This has the added benefit of helping him with his weight issues: his doctor has told him he has to put on some weight, but he can’t really afford buying more food – but, by accelerating to near-lightspeed, he can increase his mass drastically without even having to eat a single extra cracker.

On the downside, Lee got his whole body covered in caustic white paint again, but it’s not like he isn’t used to that. And George even gave him a custom-printed t-shirt (visible in the final panel) to benefit the occasion: as long as he’s covered in paint like that, he qualifies for the coveted status of WASP – White Asian Stunt-Person.

On the upside, the whole ordeal earned Lee an unseen appearance in a detergent commercial.