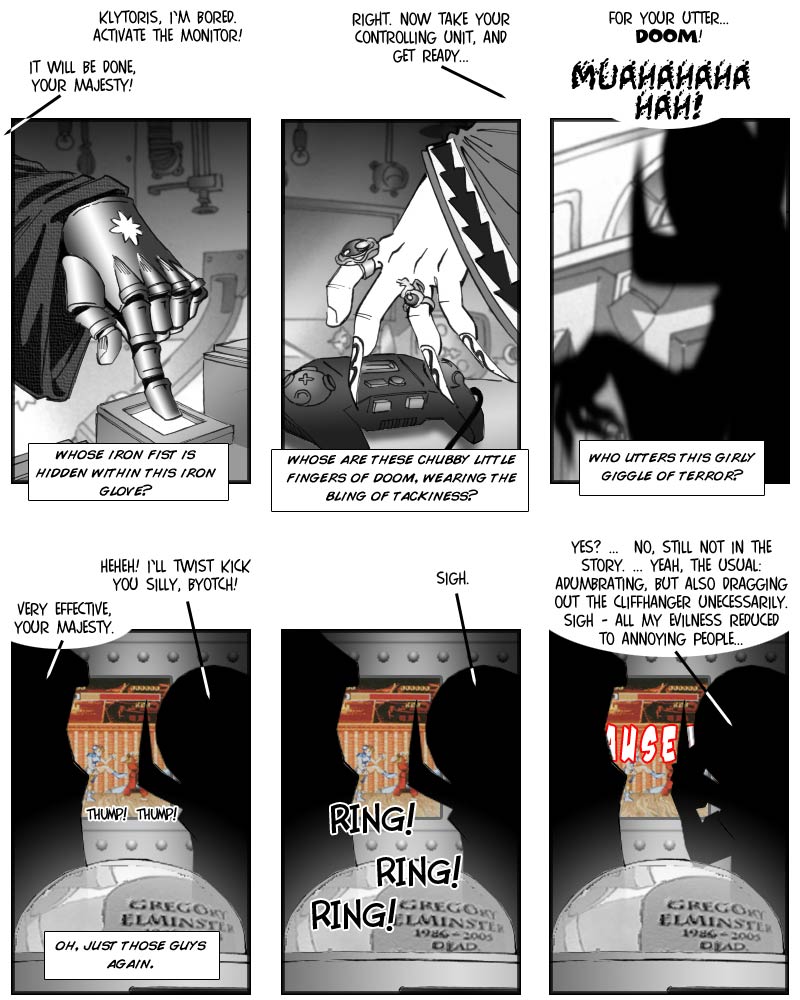 So here they all are, finally hot on the invisible heels of our serial killer. Too bad that Lillytown U has an uncommonly high number of people running around barefooted. Which isn’t really that great an idea when the ground is covered in snow – in fact, some historians theorize that the Franciscan Order’s lack of missionary success north of the Alps was intrinsically linked to the climate and the Fransciscans’ habit of not wearing shoes.

That guy with the big head…well, he had to end up somewhere, and as long as it’s in the service of diversity… However, the Professor and many other drew the line at the panda – diversity is fine, but they think the Dean should really not have admitted the panda. It’s not that it wasn’t cute, it’s even a pretty good student, compared to some others *cough*Boffenheimer*cough*, but it just doesn’t fit in with the sense of determination and earnestness expected of a place of higher learning. And, at not extra charge, here’s a completely useless factoid: The Lesser (or Red) Panda is the only mammal which has fur that is darker on the belly than on the back.

Now, you see, I had really planned to finally give you the first peek at the invisible killer in this strip, but then I just ran out of space…I would have needed a seventh panel. Well, then we’ll just have to wait till Thursday. Please vote.