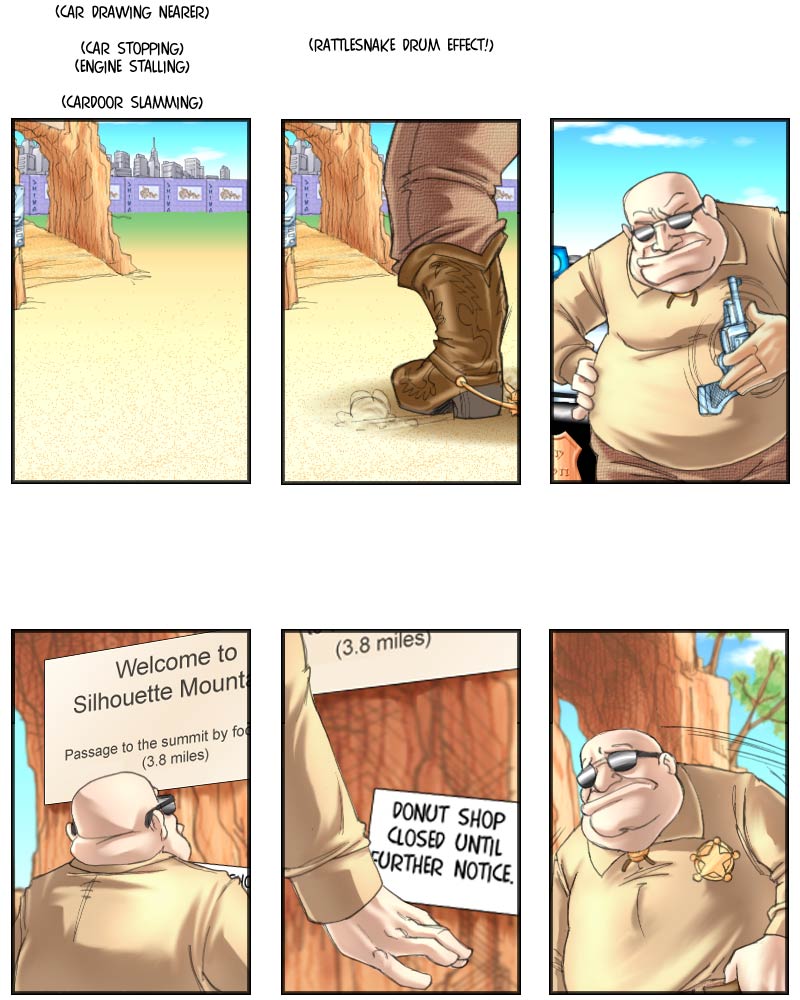 Since it prominently features Father John Captain McKenzie, it doubles as a FSM shirt, triples as Beatles shirt, quadruples as a Monkey Island shirt, quintuples as a Naruto shirt and sextuples as a Yellowbeard shirt. In short, it is awesome all around. (You shouldn’t put it in your shorts, though, that looks odd.)

On to today’s strip:

So, if anybody was worried that the Sheriff might join the chaos on Silhouette Mountain and screw things up even further – no chance! In Sheriff Ketchum’s mind the reach of the law is limited to places he can comfortably reach. He also believes the 8th Amendment to the constituion guarantees that he doesn’t have to uphold the law when it would involve some cruel and unusual punishment for him – like having to walk anywhere. If the doughnut shop near the summit would have been open for business, it just might have been worth the effort, but so…

Not much else to remark on this one. Silhouette Mountain havoc will continue on , even without the Sheriff. A new voting incentive is up, as well.

And, yeah, the hand twirling the toygun in panel three is Lee’s. Cletus, the actor who plays the Sheriff, doesn’t know how to do that. Nor did David Bowie know how to twist four glass spheres in his hand. =P