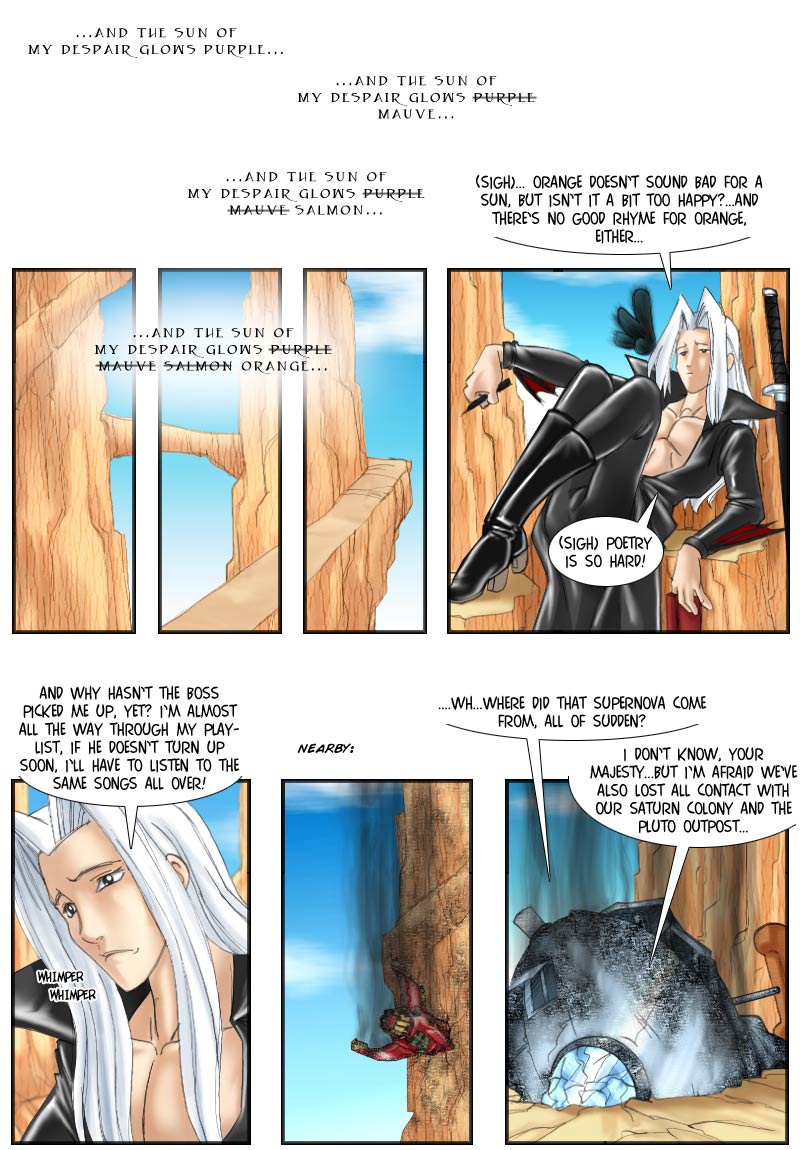 This, of course, is the other side to those ridiculously spectacular and utterly ineffective attacks – while they might hardly (or not at all) affect the intended target, there just has to be some collateral damage with an attack of that magnitude. In games, these likely appaling civilian casualties are usually hidden off-screen, but I think the truth needs to come out…people need to be made aware that there are real consequences to destroying planets and triggering supernovas – it may be pretty, but people out there are hurting.

And even the perpertrator had to pay a heavy price, in this case – as you can see, he’ll have to listen to all the songs in his playlist several times over before he gets picked up.* And the whole time, he’ll have to brood about a possible rhyme on ‘orange’…a terrible fate. He might have destroyed half the solar system, but at least he’s received his just deserts by having to suffer through a somewhat not exactly enjoyable afternoon. So there.

Let this be a lesson to everyone – don’t go around frivolously destroying planets and triggering supernovas! Or you might end up having a bad afternoon and being very emo about it.

Oh, and…yeah, he caused the villain to crash his flying saucer. But then, would there really have been any avoiding that? >_>

Tune in on Thursday for the annual Halloween special.