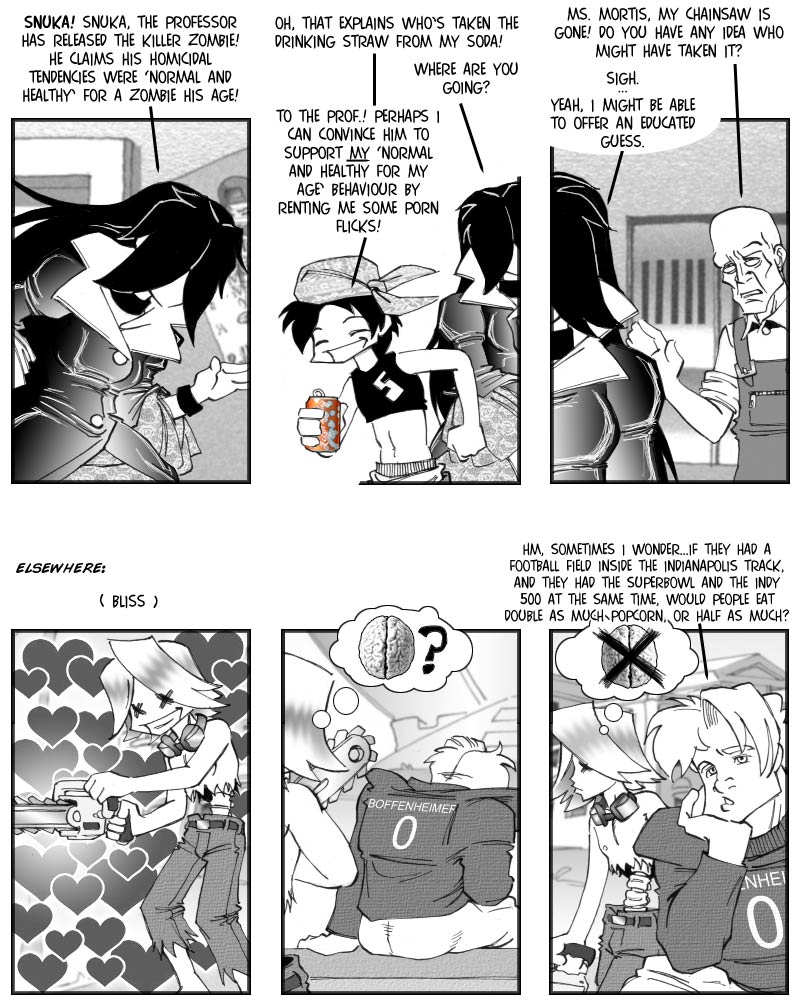 And just when the situation looked really bleak for him, Gregory’s fates suddenly turned around, and he got to fulfill his death-long ambition to advance himself from killer zombie to chainsaw-wielding killer zombie. That gives him lots of bragging rights around other zombies. Now if he’d only find a suitable victim – but I guess Biff, somehow, just doesn’t cause Gregory’s brain-sense to tingle. We can only guess at the reasons. Poor Biff… to be found intellectually lacking by a being that can think only in pictograms…

Snuka, on the other hand, seems to have a pretty good handle on the Professor, by now – he might just succeed in convincing him that a steady pr0n supply is crucial for him, in order not to fall behind his peers in development. If if works out, I bet he’ll ask for a hooker in a year or two.

More on Thursday. A new voting incentive will go up later today, I’ll make a separate newspost when I’ve uploaded it.