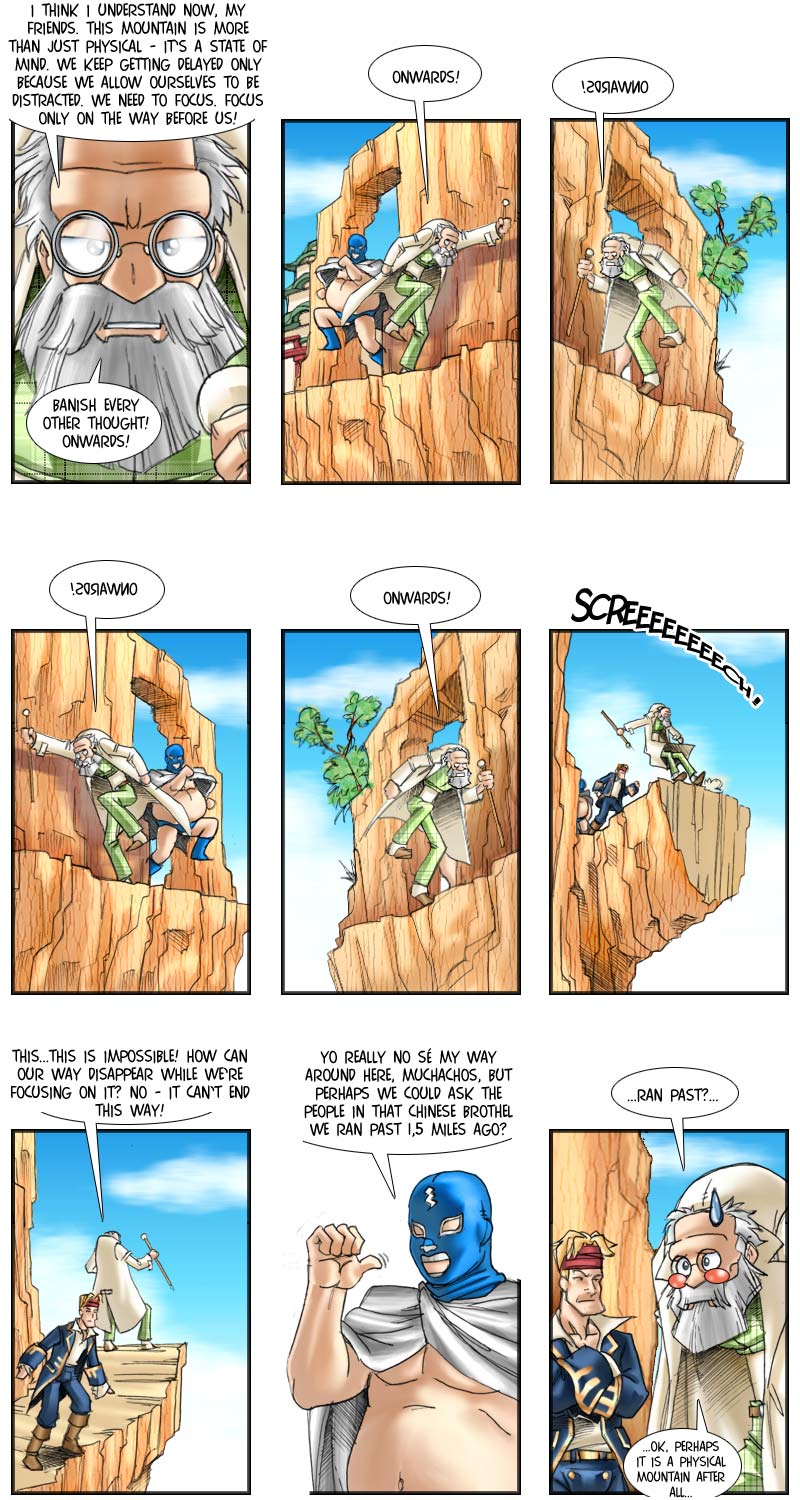 The Professor had been wondering for a while why they had spent so much time on that mountain already, and yet seemed unable to make any real progress toward their goal – that’s when he came up with the theory that all of this might not even be a real, that perhaps they’re trapped in an imaginary world, prevented from progressing by their own inability to recognize the artificiality of their surroundings. Perhaps it would take nothing more than a conscious effort to disbelief to finally step out of the treadmill… …it was a good theory, unfortunately it was wrong. And the Palace of Pleasure was actually just around the corner when he came up with it. How unfortunate.

So yes, it’s official now: Silhouette Mountain is physically extant, and not just a state of mind or an illusion. And, yes, the Professor and his friends are also physically extant, and have physically scaled the physical mountain – they are not just a weird dream Shinji Ikari is having while being part of Human Instrumentality. (But I kinda enjoyed that theory, as well.) And, yes, that’s the real Palace of Pleasure in the background of panel two, so our friends will just have to walk those 1.5 miles back to that point, and they’ll have reached their destination. Until they run into anything on the way, that is.

And a final note, on the stock phrase used in panel four: In this case, it really doesn’t end that way, but in 80 % of cases of a fictional character stating “it cannot end this way” or “this cannot be the end, it can end that way and thatis the end. So I’d really recommend avoinding using either phrase in real life. Bad luck, and all that.