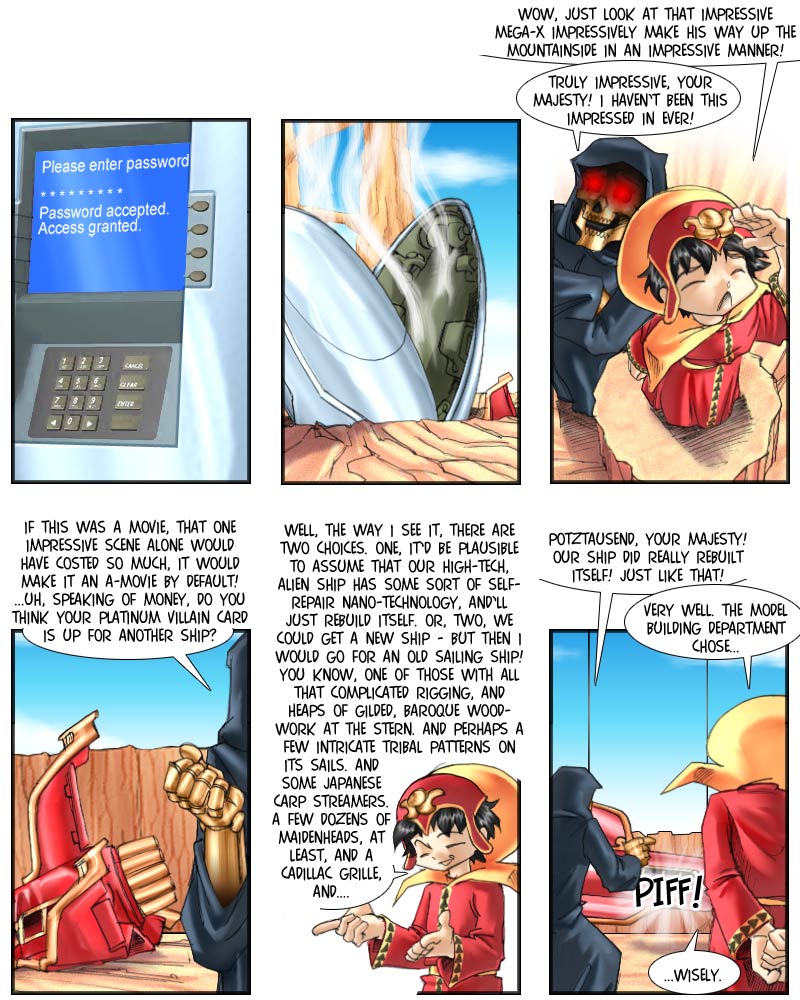 I have to agree with Klytoris, for once – that scene of Mega-X scaling that mountain was really, really impressive. Really, you should have seen it. You’d been impressed, for sure. Too bad they couldn’t show it, having to concentrate on the onlookers’ faces, instead. But, you know, showing only reaction shots in a movie is not only artsy, it’s also cheap – how could any B-movie director resist? He’s not only saving a couple of grand for special effects, he can also claim to have done something to challenge the audience’s power of imagination, or some such. Everyone wins.

And, yeah, for panel three the director told the actors to just improvise their lines, giving them ‘impressive’ as a keyword. And they could have carried on like that for hours.

Normally, of course, movie characters are not supposed to blackmail the model building department – but Akuns is a villain, so naturally he gets to screw the rules every now and then. And nano-technology is the current go-to thingamajig for inexplicable and implausible occurences in scifi stories, so it’s logical he’d turn to that for a cheap cop-out. Which beggars the question, why didn’t it work out that way with the first rocketship that was destroyed? – Simple, the warranty on that one had run out. They always set the self-repair nano-bots to stop functioning precisely at the point of time the warranty is up. (Akuns did not get the extended warranty for his first ship because he had planned to trade it in for a convertible, anyway.)