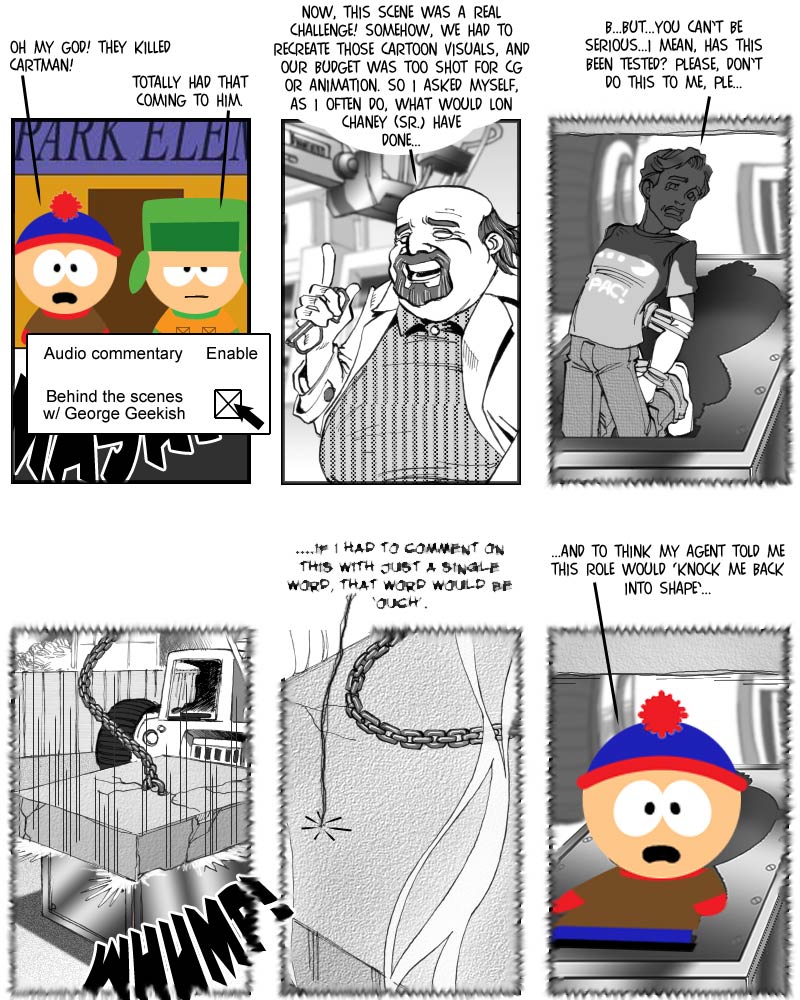 And that is the sad truth behind the creation of Cartoon animation characters…the producers try to dupe everyone into believing that they are actually drawn, but that’s just plain ridiculous. By that theory, artists would have to draw the same characters over and over again, with slight variations in pose, and by showing a succession of 24 such pics in a second an illusion of movement would be created. Pfft, Poppycock! Drawings don’t move, everyone knows that! And I have Bible for it!

No, it’s blatantly obvious that the vile, conspiratory cabal behind cartoon animation just tries to cover up the inhuman methods they use on young actors to deform their bodies beyond recognition. The outwardly harmless and funny character we know as ‘Goofy’, for example, is in reality some poor soul by the name of Billy Shears, who was subjected to extensive, cruel surgery for months…I have that from a reliable source, the friend of a cousin of some niece of the uncle (twice removed) of the third son of the rabbi of Billy Shear’s hairdresser.

I leave it to the reader to imagine what forces need to be applied to transform a normal, healthy human body into something that is mostly made up of head, like a Southpark character. (Well, no, actually I didn’t leave it entirely to the imagination…)

The public must put a stop to this! There’s only one morally defensible choice: boycott the products of the evil cartoon animation conspiracy, and stick to non-animated, more artistically meritable webcomics, instead.

With all the reshuffling, canceling or redrawing of strips I’ve done, I’m not entirely sure whether this is George Geekish’s first on-screen appearance or not, but, anyway, here he is, in panel 2. He was first mentioned way back in chapter one, he’s the production’s chief SFX technician…a veteran, still often preferring good old trickery to modern CG effects. As he mentioned, Lon Chaney Sr. is one of his idols, the legendary actor/make-up artist who went dangerously close to mutilating himself for roles like ‘The Hunchback of Notre Dame’ and ‘The Phantom of the Opera’. Needless to say, modern day actors are not really fond of make-up artists who aspire to that degree of ruthlessness in make-up design. XD

Time to switch back to Team B on Thursday, time for a new voting incentive,… uh, about now – this one is a quick reference chart, a practical means of avoiding confusion between two deceptively similar concepts.