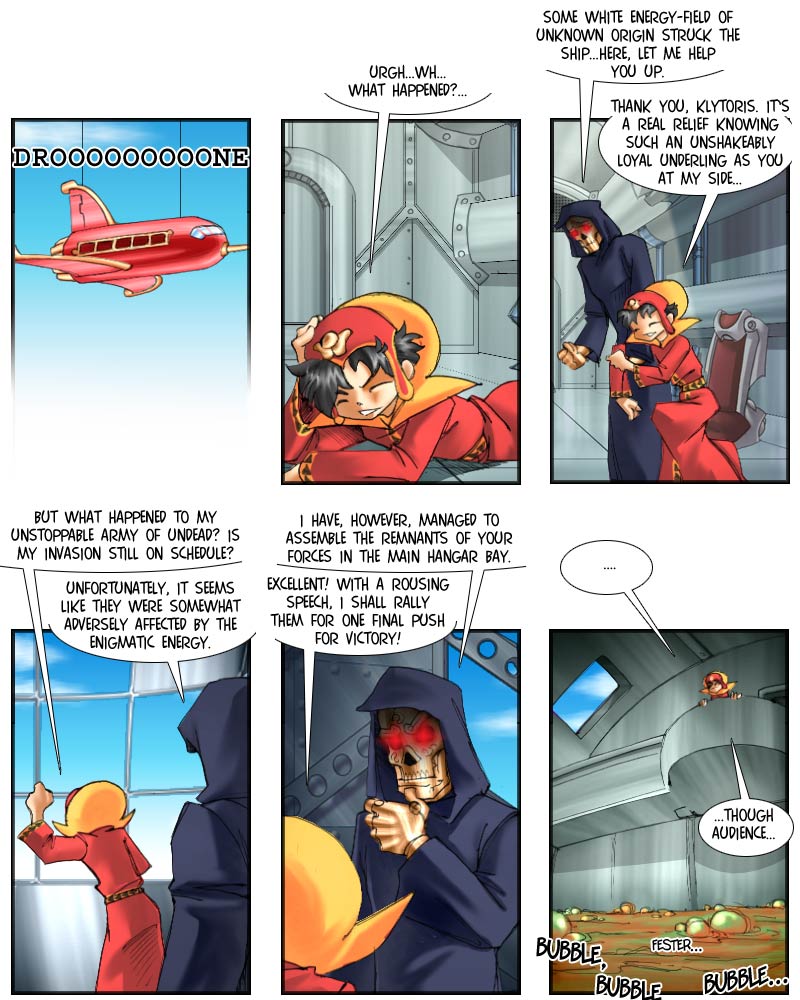 Yeah, these clowns are still around, as well…it would have been easy to just have them crash into something while they weren’t able to see, but that wouldn’t have been in line with B-movie protocol regarding villains and the ways of disposing of them.

Speaking of protocol, this strip also affords Akuns an opportunity to cover one more obligatory bit: as a villain about to be betrayed, he has to make at least one statement of absolute trust in his would-be-betrayer. It’s a must, no matter how out of character it seems for some villains – without it, a betrayal just isn’t treacherous enough.

Klytoris, on his part, demonstrates one of the perks of being just an underling – unlike a main villain, whose actions always are under a certain amount of scrutiny, a mere underling can get a whole lot of stuff done off-screen, in the time he doesn’t really have. Whether assembling the remnants of Akun’s zombie army was really worth the effort is another question, however…I’ve heard of armies pouring out of a fortification or defensive position…but if Akuns pours out his army onto the field of battle in its current state, it’ll come over as more of an agricultural thing. (And thus, the circle of life and undeath would be complete once more.)

Too bad that Akuns didn’t get the chance to give his rousing speech, though. He even had notes prepared already. He planned to say something along the lines of: