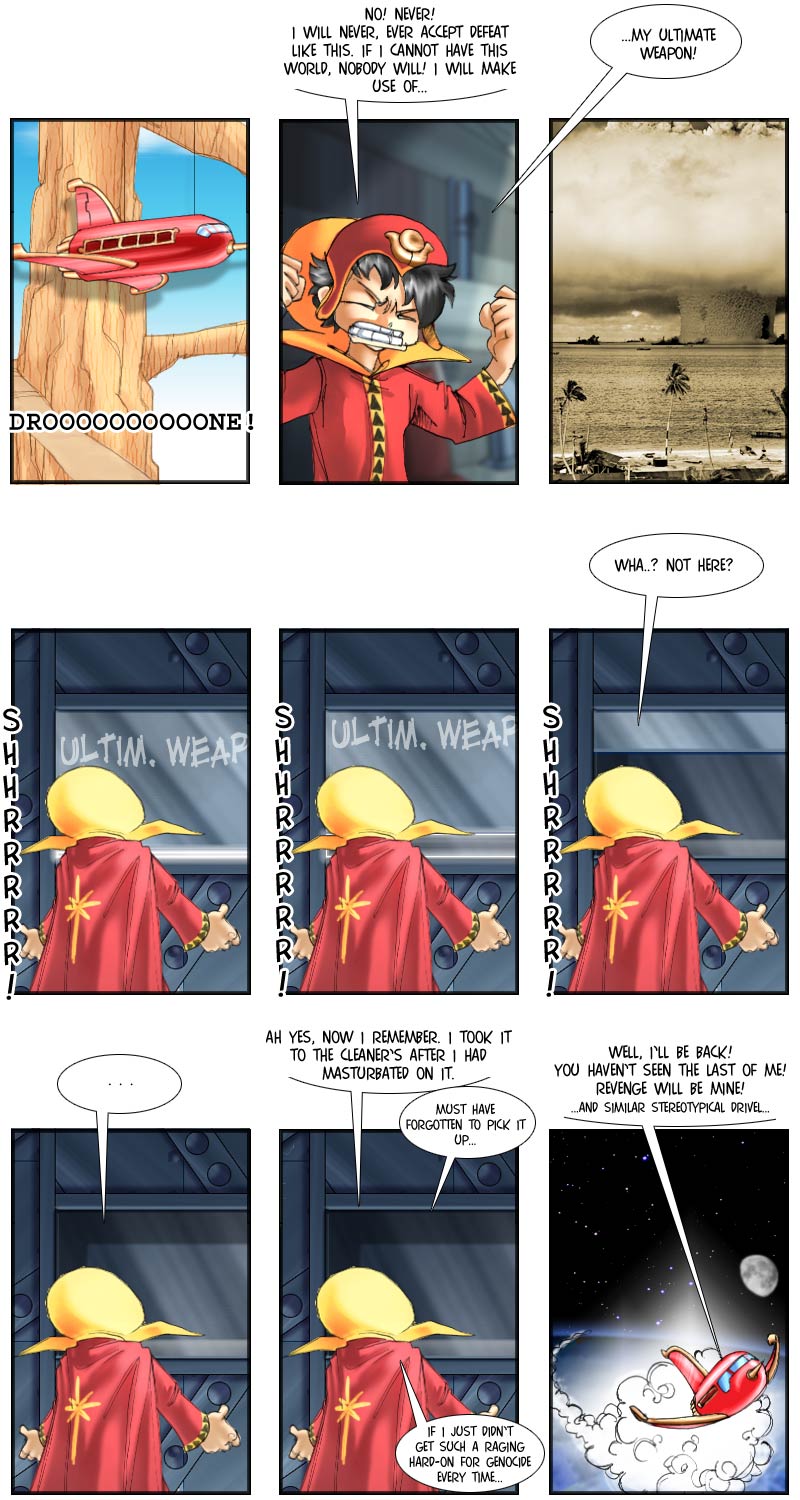 Every villain needs an ultimate weapon of sorts, but B-movie villains don’t get much of a choice in that regard: In a true B-movie, a villain’s ultimate weapon will always be the same. Stock footage of a nuclear test. Always.

But I guess it makes sense – if you reclyce every cheap SFX shot of a sinking model ship three or four times over, you’ll have to use that nuclear test footage at least one kilo-times (sounds fewer than a thousand times, doesn’t it?). After all, the U.S. government sunk a couple of real battleships for those, so you can’t let it go to waste after only a baker’s dozen uses.

Unfortunately for Akuns, he forgot to fetch his atomics from the cleaner’s before setting out on conquest – they were a little bit stained from the last time he had used them to help him…uh, concentrate. And yeah, that’s the true motivation behind most multi-million dollar defense programs – creating masturbatory aids for generals and politicians. I think Bob Dole should be commended for switching to Viagra instead, a lot cheaper for the taxpayer.

And of course I let Akun’s spout the usual stereotypes as he heads out of the plot…it’s kinda cliched, but I also think it’s kinda more honest than avoiding it. After all, everybody knows that B-movie villains always return, so foregoing the announcement is just…fake subtelty.