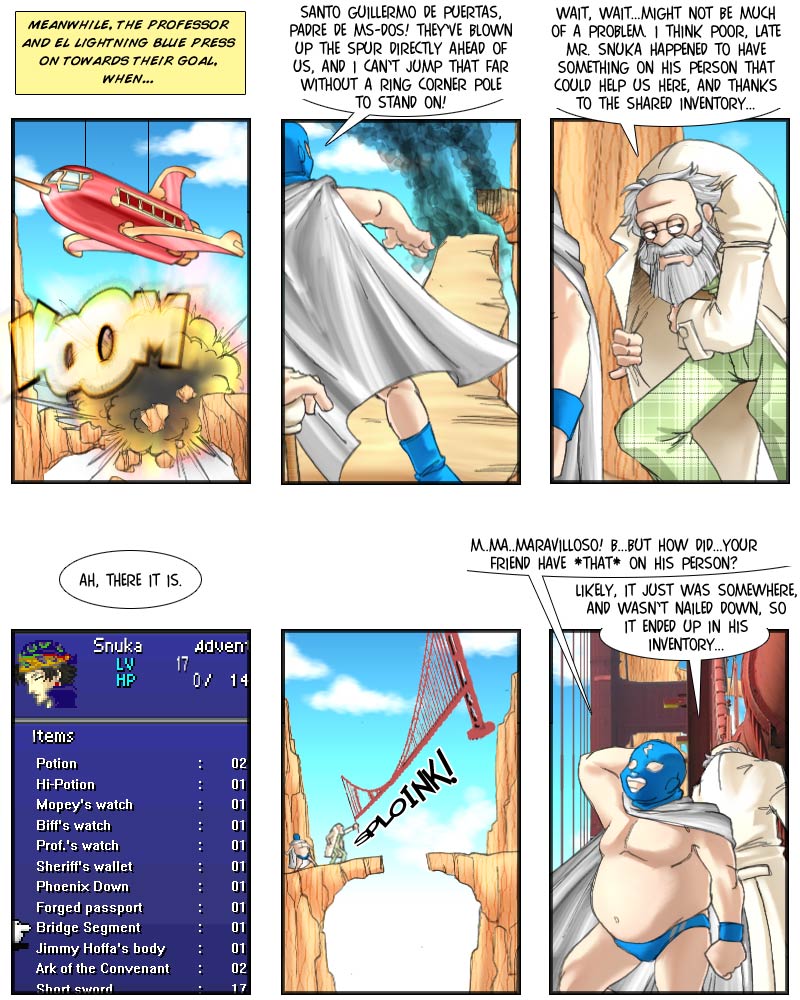 (For today we take a little break from the ongoing pirate/ninja struggle to check up on our other two heroes, who still valliantly press on towards the Palace of Pleasure.)

One thing that always impressed me about that Flash Gordon movie serial from the thirties is its realistic approach to airpower. Ming the Merciless’ military relied heavily on them, and they seemed to constitute his main instrument of power. Yet he never seemed to have more than a dozen of them, and when he sent them out after Flash and his group they tended to circle around in the skies ineffectually, very occasionally dropping a single bomb – which didn’t appear to be particularly powerful, either, and never managed to kill any of the good guys. Direct hits at least managed to knock one or two of the lesser heroes unconscious, at times. But that isn’t to say that those bombs never caused fatalities during the run of the show – Ming’s bombers managed to kill serveral of his own troops and allies by mistake. Given how his most powerful weapons were of such questionable value, it’s really a mystery how Ming managed to stay in power for that long (and return to it that often).

Anyway, the rocketship in today’s episode stays true to the rule, and misses our heroes by a wide margin…but then I cheated and made the bomb hit one of the rock spurs instead, meaning that the attack even ended up being not totally useless. Fortunately for our friends, the inventory system the group is using is not only shared, but also doesn’t seem to keep track of the size and weight of items…which reminds me of that one adventure game I played, in which I realized towards the end that my character had been carrying around an anchor for most of the game, without complaining. For Snuka, that feature of the inventory had been key to his easy-going, easy-taking lifestyle, and explains why his inventory screen filled a couple of dozen pages at the time of his death. He was a scoundrel, but no murderer – after he stole that bridge segment, he blocked off the road with a couple of “Bridge out” signs he had stolen earlier, of course…

I know that the gap, as seen in panel five, isn’t really that large, and should have been easily jumpable for a trained athlete (even) of El Lightning Blue’s stature – but he really can only properly jump from a ring corner pole. It’s something psychological.

Another obstacle overcome by our heroes, they get closer and closer to their goal, while a furious conflict between stealth and swashbuckling still rages on elsewhere. More on Thursday, and don’t forget to check out today’s new voting incentive.