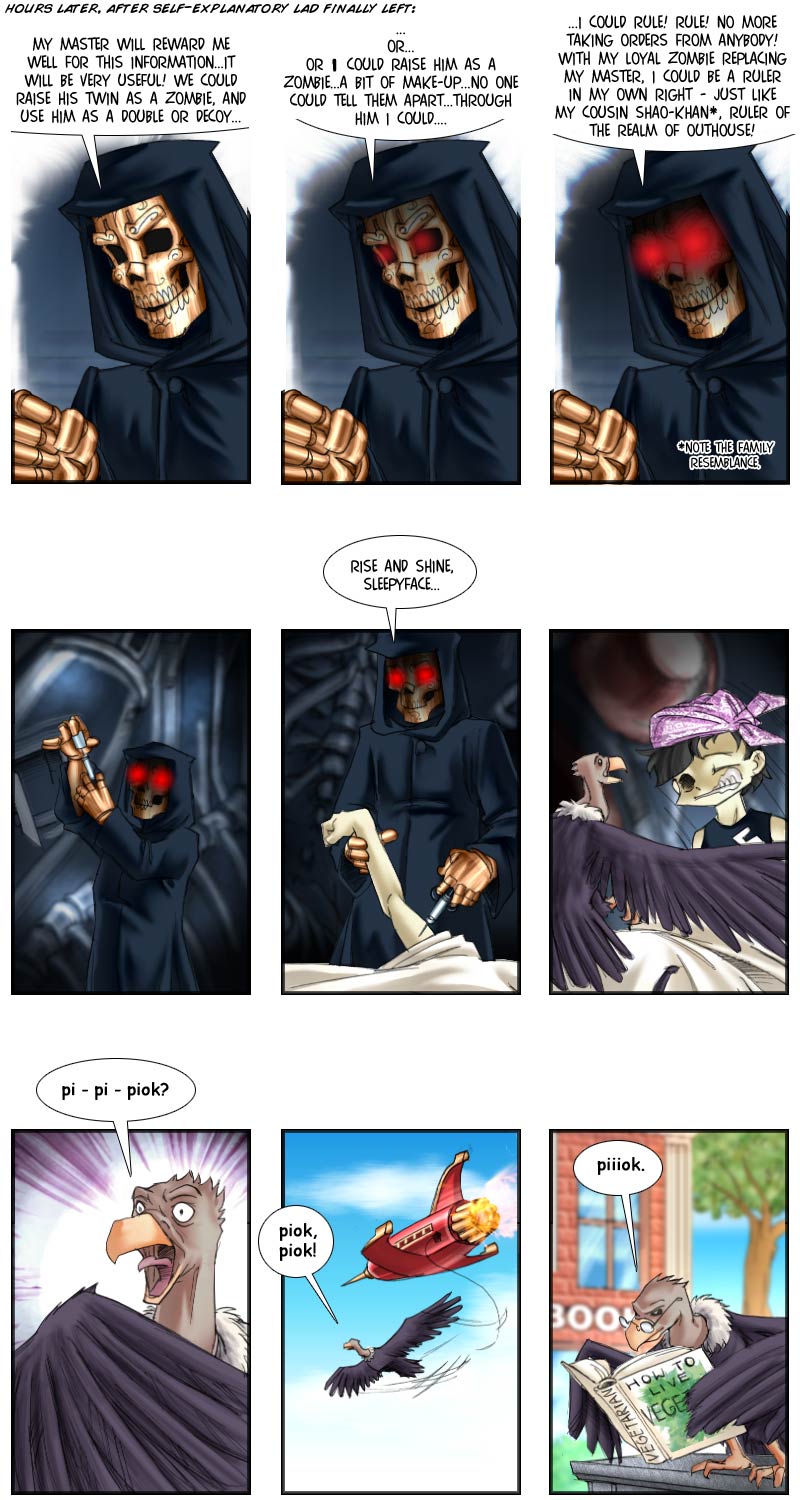 So today we get to experience a sudden, unexpected and radical change in the character of one of BMC’s regulars. I’m talking, of course, about Vulture, who has made the momentuous decision* to become the first ever vegetarian member of his whole species (actually, not just his species but at least two whole families: Accipitridae and Cathartidae, but let’s not be pedantic.) I think he might have been drifting towards that decision for quite some time, but it was the sight of his food rising from the dead, i.e. edible, that finally pushed him over the edge – probably the first time he confronted the full realization what and whom he had been eating all those years.

Moving on to a slight change you might have noted in another old friend, Klytoris, today, I think I should point out that that really is no major change at all. He is, after all, top henchman to a main villain, so he is more or less required to be treacherous, especially in a B-movie. He might be Akuns’ loyal right hand, but that precisely includes trying to be as good an evil henchman as he can possibly be – and that, in turn, includes jumping at the first opportunity to get rid of his master and take his place himself. It complicates interpersonal relationships, but it’s just something you’ve got to do – otherwise you wouldn’t be taking that whole evilness thing seriously enough. And evilness is taken very seriously in Klytoris’ large family, which have been skull-mask wearing evildoers of renown for generations (even if some of the younger and more effete family members became skull-mask wearing rappers instead). He might be misremembering the name of his uncle’s domain, though – I think it’s really called Outreach (it pretty much looks like an outhouse, though).

*This decision is projected to decisively alter the course of evolution and to lead to vultures being Earth’s dominant species by the year 2350.