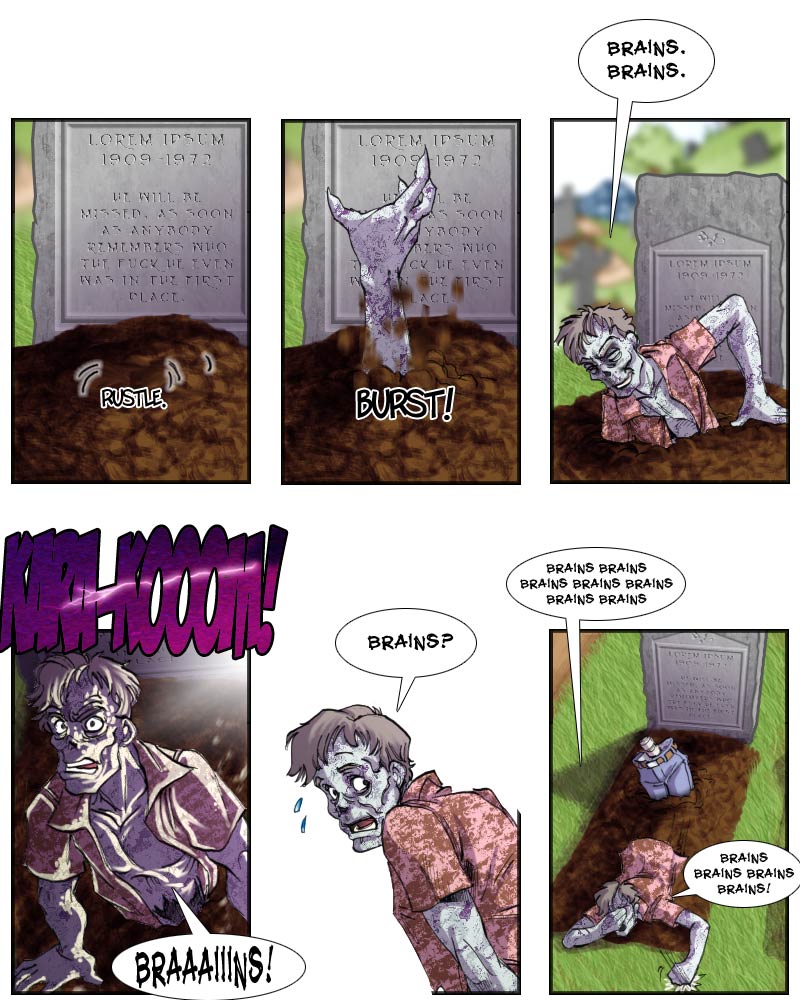 Things like this happen a lot, really, but of course you don’t see it in most zombie movies. For the movies, they just take footage of those zombies that manage to unearth themselves without hitch – the many who run afoul of the weight of soil/brittleness of decaying body relationship usually never get their place in the spotlight.

Seriously, though, it’s a real challenge to get this (obligatory) “raising dead” bit right in a movie, even if the masses of earth involved are usually strategically thinned out beforehand. If everything fails, you’ll notice a rather sudden cut in the finished movie, as classically demonstrated in “Plan 9 from Outer Space”:

The scene in question starts at 01:40 into the clip. In his defense, Tor Johnson weighed 300 pounds, much more than an average decaying zombie.

A similar problem exists for vampires climbing out of their coffins – there’s just no way to do that in a suitably dignified and elegant manner, since those things aren’t constructed for easy egress, usually. If you don’t want your Dracula to come over slightly clumsy, you’ll just have to do a clever cut or two – or you could go for the spooky ‘Nosferatu’ version, and have him raise out of his coffin vertically.

Panel four features another case of lightening added for emphasis – scenes like this one absolutely require it, even, or perhaps especially, when they take place on an otherwise bright, sunny day.