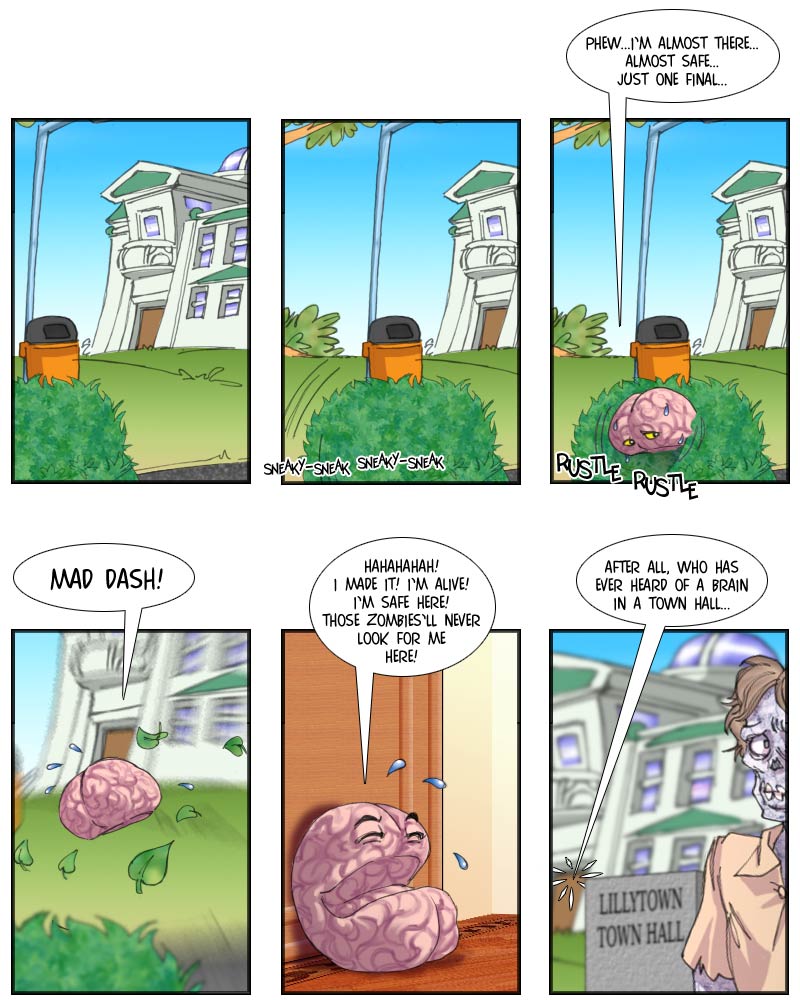 And once more our visitor from the mysterious planet Arous supplies us with a valuable military lesson: when hiding, try to find a place where nobody would expect you. Fortunately, our friend’s highly developed intellectual capabilities (he’s very brainy, you know) helped it to clearly identify the place where the presence of a brain would be least expected – in fact, few of the zombies loiter even near town hall, so strong is the aura of brainlessness surrounding it.

Not much more to say about this one, I guess…new voting incentive is up, as well, and on Monday our heroes should start down the final leg of their race across the zombinfested town.

The brain probably only wants to lay low until the zombie crisis abates, but the question remains what the consequences might be. Might the presence of a brain in a town hall, even if only temporary, reshape the whole political landscape of Lillytown? What if it gets bored, and starts to deal with a few of the political issues? Many of them, blocked up for years, might only require a tiny bit of brains to solve…this could be the dawning of a new age of enlightened leadership for the tiny town! Too bad most of the residents are dead.