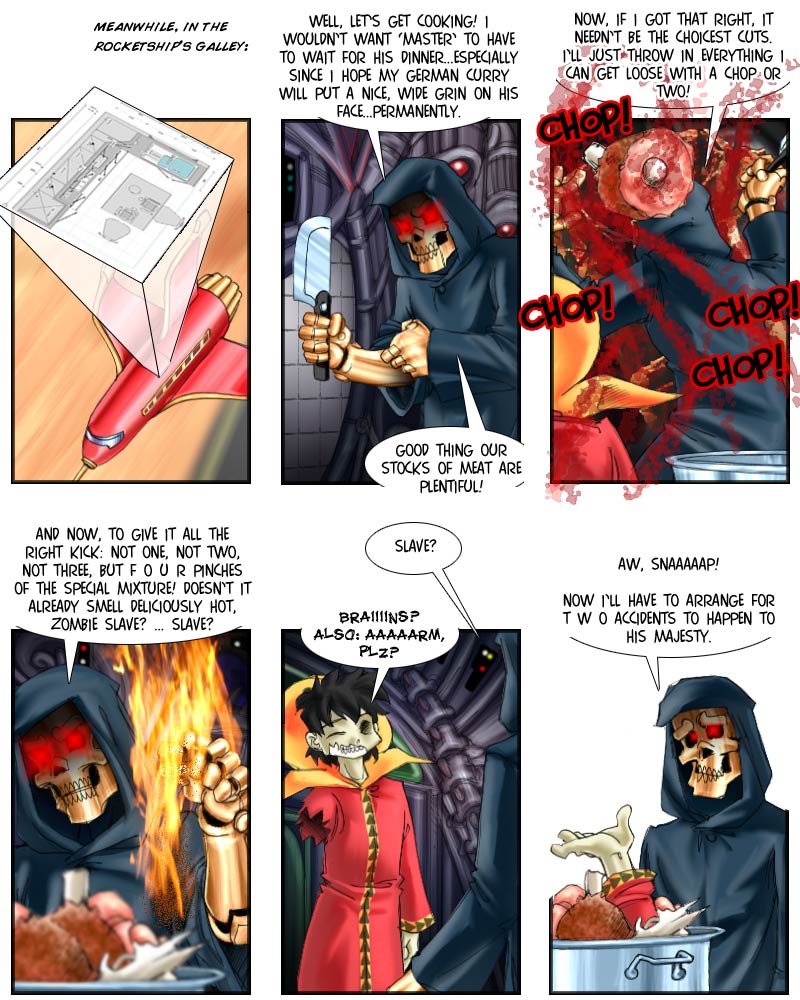 Poor Snuka, as well…ever since he’s been raised from the dead, he doesn’t seem able to keep himself together. He’s kinda going back to the afterlife in installments…by now you can hardly say whether he’s missing an arm, an eye and one half of his face – or if he’s just having a leg too many.

Thank you, Thank you…I’ll be here all week.

But the whole thing goes to show that you’ve got to follow the cooking instructions carefully.* I mean, really – German Eintopf might occasionally contain a few random ingredients…perhaps even a zombie limb or two, at times…but he should really have removed the sleeve, at least.

The food preparation area on board a ship (or plane) is correctly referred to as a galley. The same word also refers to an ancient type of ship, propelled entirely by oarsmen – these usually had to make do without any food preparation facilities, since nobody could agree on what you’d have to call them. >_>