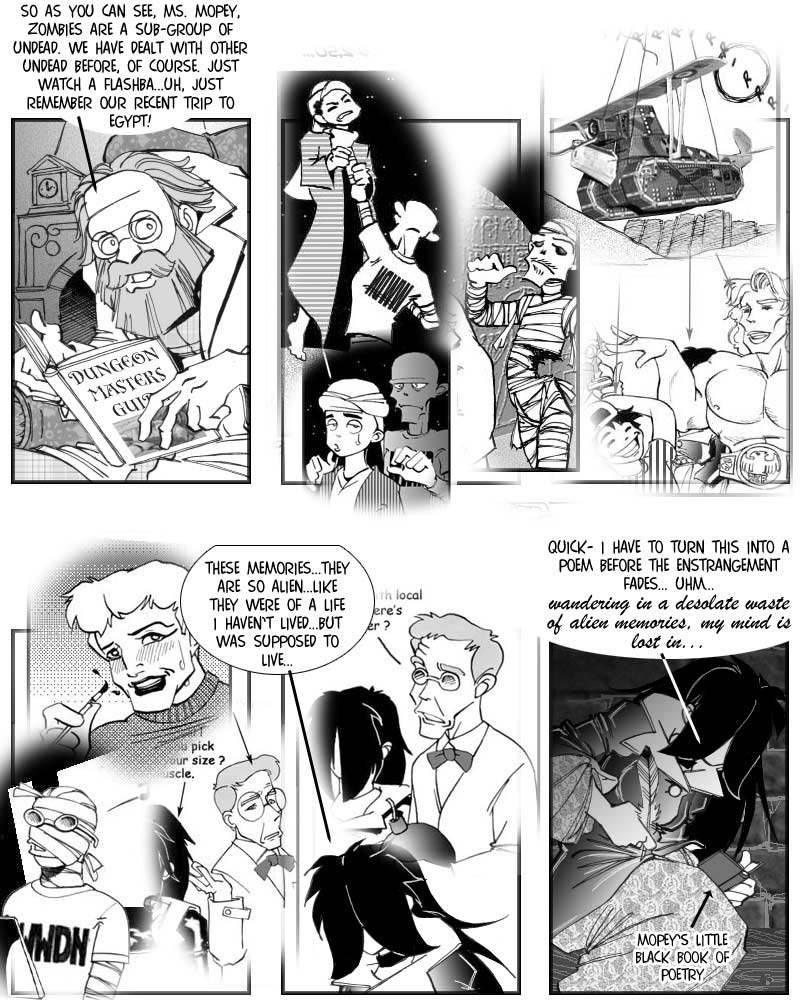 Flashbacks are a sometimes unavoidable, if cheap, narrative device, and as such have their place even in A-movies. B-movies use flashbacks much more liberally, however, and mostly as a budgetary device: 60 minutes of new material + 10 minutes of stock footage + 20 minutes of flashbacks = 90 minutes of movie for the price of 60. This economical way of thinking has begotten some new types of flashback that are native to B-movies, for example the internal flashback: repeating a sequence that took place within the same movie only 20 minutes ago, just in case the audience has a really short attention span. Or walked in late. Or fell asleep.

Another type of flashback originally limited to B-movies is the wrongo flashback. (Well, I call it that.) In that case, the material used for the flashback is not identical to the material originally shown in an earlier episode/movie, for some reason or other – usually shoddiness. If you’ve read the first chapter of BMC, you still won’t have seen any of the material used in panels two to five of today’s strip. All of this material was cut or replaced before publication: the tank/plane hybrid, Biff’s earlier incarnation as a gay wrestler, the first design for Rutentuten and the earlier design of the Professor. When this sort of thing happens in a B-movie, there are a number of possible explanations, but some plausible ones I’ve heard revolve around the editor of a sequel never having seen the original movie, or the original material simply not having been archived properly.

Sometimes ‘wrong’ flashbacks are legitimate, of course, for example to gloss over glitches in continuity when an actor was replaced. I’ve also noted something of a tendency to consciously use different material for flashbacks or movie trailers, to more effectively compress the action. For example, Palpatine says ‘Rise, Lord Vader.’ in the trailer for Episode III, but that exact quote is nowhere in the movie. Even more drastically, the line ‘Never mind, let’s go’, which Orlando Bloom utters in the PotC II trailer, is actually from an outtake, and wouldn’t even make sense at that point in the movie – but it sure was funny in the trailer.

In case you’re wondering where Mopey is in panel six, that her little dark poetry corner. She stores it in an extra-dimensional space when she doesn’t need it, and only uses it when inspirations strikes. It’s also where she normally stores her massive mallet of smiting.