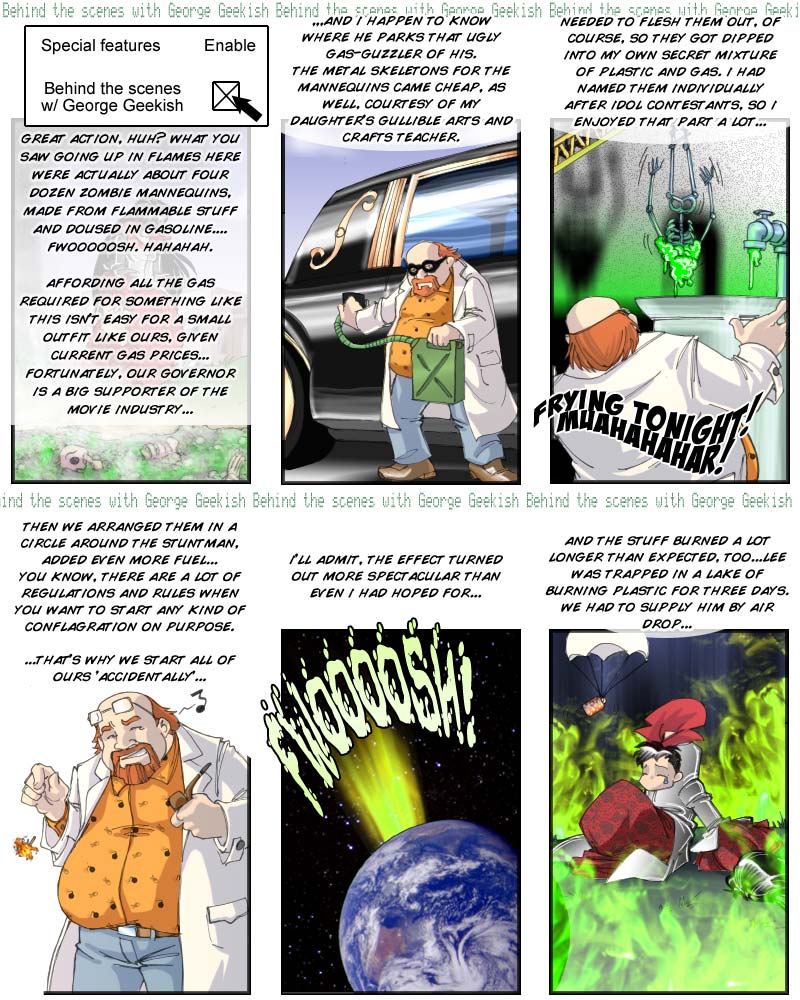 And here George Geekish gets to demonstrate, once more, his ingenuity in realizing spectacular SFX with little money.

Syphoning off a little bit of gas from the governor’s car isn’t very risky – he tends to park his 4 ton luxury sedan a couple of streets away from his office, and drive the remaining distance in a small hybrid. Gotta set a good example, after all. And the big car uses up so much fuel a few extra dozen gallons hardly matter.

The arts and crafts teacher at his daughter’s school is another source George often taps for low-cost props – the teacher is always happy when students come up with their own ideas for a class project, so George just gives his daughter a list of anything he might need for his current movie. With some help from the history teacher, they even got those 15,000 items of Roman period armour done George needed for “Hercules vs. the Sandals of Vandals”.

And George’s final little trick involves ‘accidents’. After all, isn’t it perfectly legal to set up the pyrotechnics first, and do the security measures and all the paperwork second? Well then, if it just so happens something accidentally trigger the stunt permaturely between that first and second step, who could claim George never really intended to stick to regulations? And, as long as nobody get hurt…

That’s it for today. New voting incentive is up, and more on Thursday.