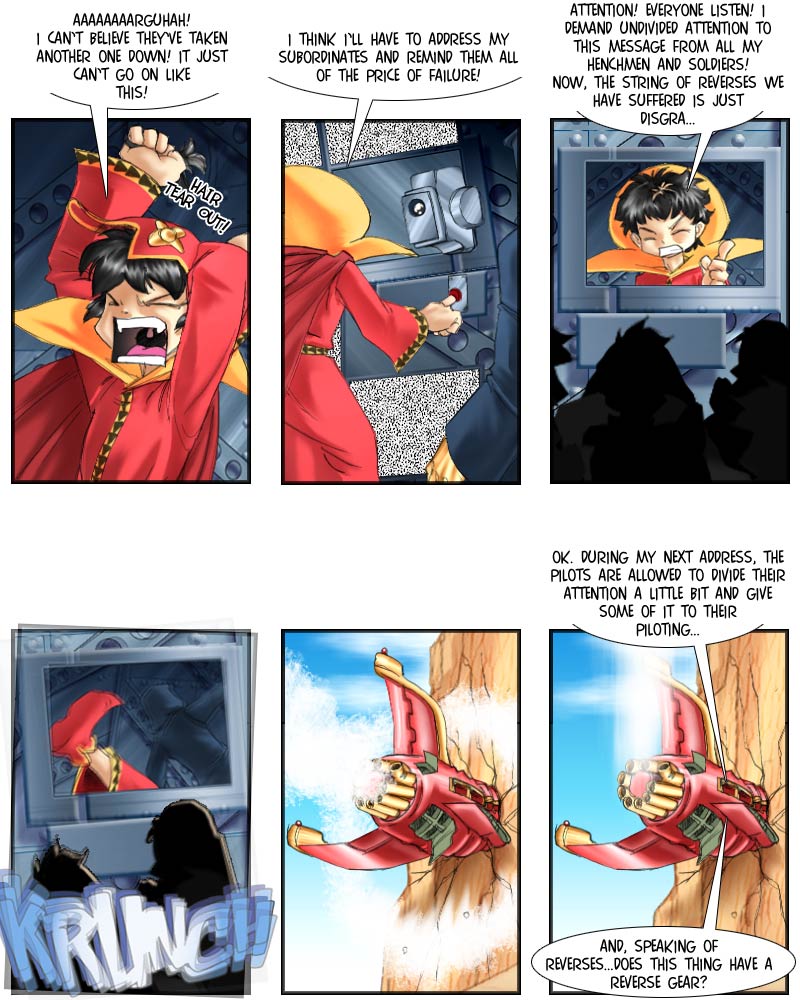 “Being evil means never having to say you’re sorry.”

Yes, it might have been you who dramatically underestimated your enemy in the beginning. It might have been you who arrogantly placed them in an easily-escapable deathtrap before pointlessly telling them of the only weapon you’re susceptible to and drawing them a map to the hiding places of that weapon’s individual parts. It might have been your decision to arm your followers with inaccurate and ineffective weapons and train them in patroling your hideout in unchanging, predictable patterns without paying attention to the gradual disappearance of their comrades from adjoining areas. Even more damning, it might have been you who killed the hero’s family and abducted their love interest on a fleeting whim, before making the hero’s alternative love interest your most trusted subordinate. It all doesn’t matter. It’s your henchmen who are responsible for the failures – after all, you didn’t order them to fail, you ordered them to succeed!

And not only are your henchmen always responsible, you also know that the reason is always the same: they just didn’t try hard enough. Yes, they might not be the brightest of bulbs…and not particularly able-bodied…not well-trained, of course…generally, just the kind of riff-raff you’d expect to be drawn to a subordinate position to some raving lunatic with delusions of grandeur. But that doesn’t matter, either! If they had tried hard enough, they could have overcome their limitations – after all, you ordered them to!

As an experienced villain, you of course also know why they didn’t try hard enough – they must have forgotten that failure means death, so they need a reminder. Don’t be deceived by their obvious panic when you as much as look at them. Don’t think that the lesson is still fresh in their minds, just because the corpses of their predecessors have only just begun to rot in their gibbets. Little things, like a pervading and overpowering threat of death, easily slip a henchman’s mind (or mind-equivalent). Only constant reminders of the impeding end of their existance can guarantee that your henchmen are content, cooperative and productive.

For said reminders, you should alternate between verbal reminders and demonstrations. Verbal reminders can make liberal use of stock phrases, but keep an eye on the consequences – I once used “Everybody drop whatever you’re doing and listen”, and it cost me an almost new island hideout…I should have explicitly excluded the engineers working on the reactor, I guess. But it gave me a great idea for the name of my band: “Instant Criticality”.

That’s it for today. Will our villain be able to extract himself from the situation, and his ship from that geological formation? Tune in on Monday to find out. (New voting incentive is up.)