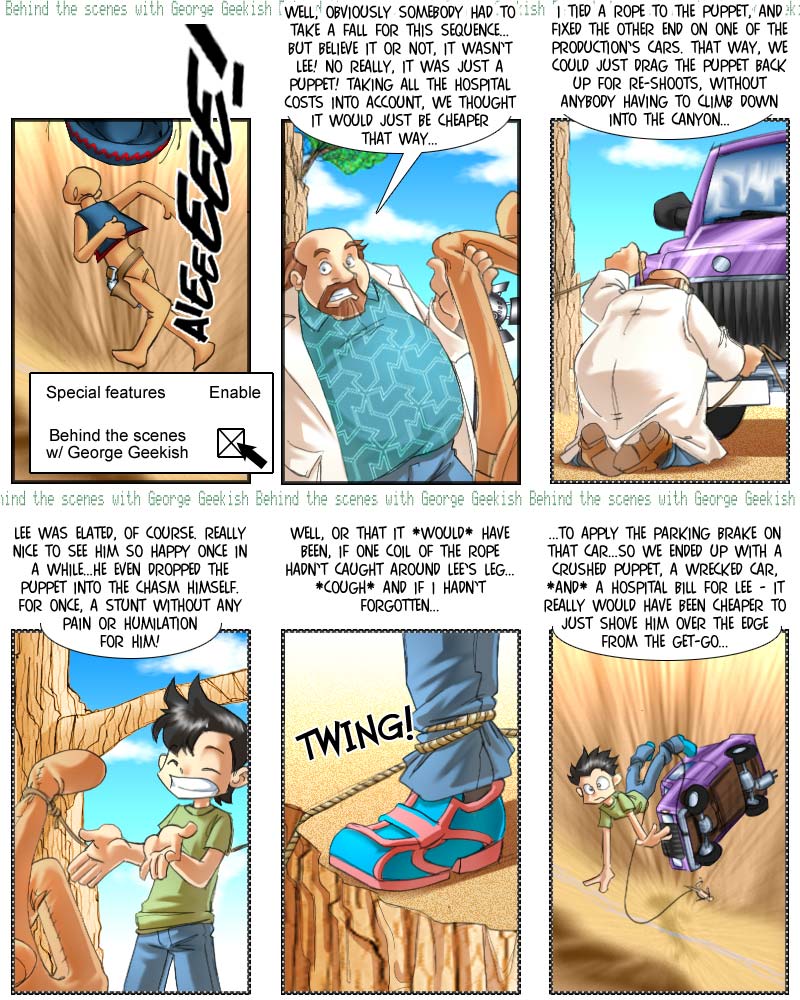 Fate is a fickle mistress, some say, but Lee can only wish it was – as far as he is concerned, she’s a cruel mistress, without any sign of fickleness or wavering in that regard at all. He has learned to see the positive side of it, however – in this case, he already considered it a stroke of luck that the car didn’t land on top of him. (And he’s also in luck regarding the location: if the production could have afforded to shoot in the Grand Canyon as planned, he’d have fallen from a much bigger height.)

But, yeah, the importance of applying parking brakes cannot be overstated – cars sure are pretty heavy, but some people seem to forget that they have those ‘wheel’ thingies, the explicit purpose of which is to facilitate movement.

Seems at least to have been a solidly built car, in this instance, or the bumper would just have come off…in which case Lee would have probably managed to hang on to the ledge somehow. Which proves that bumpers aren’t really an effective safety feature – especially not when fate isn’t on your side.

Anyway, this should have been Lee’s second-to-last near-fatal injury in the course of this production, we’re really nearing the end now. Tune in on Thursday to witness our villain’s reaction to the loss of his Mexican henchman. (New voting incentive is up, as well.)