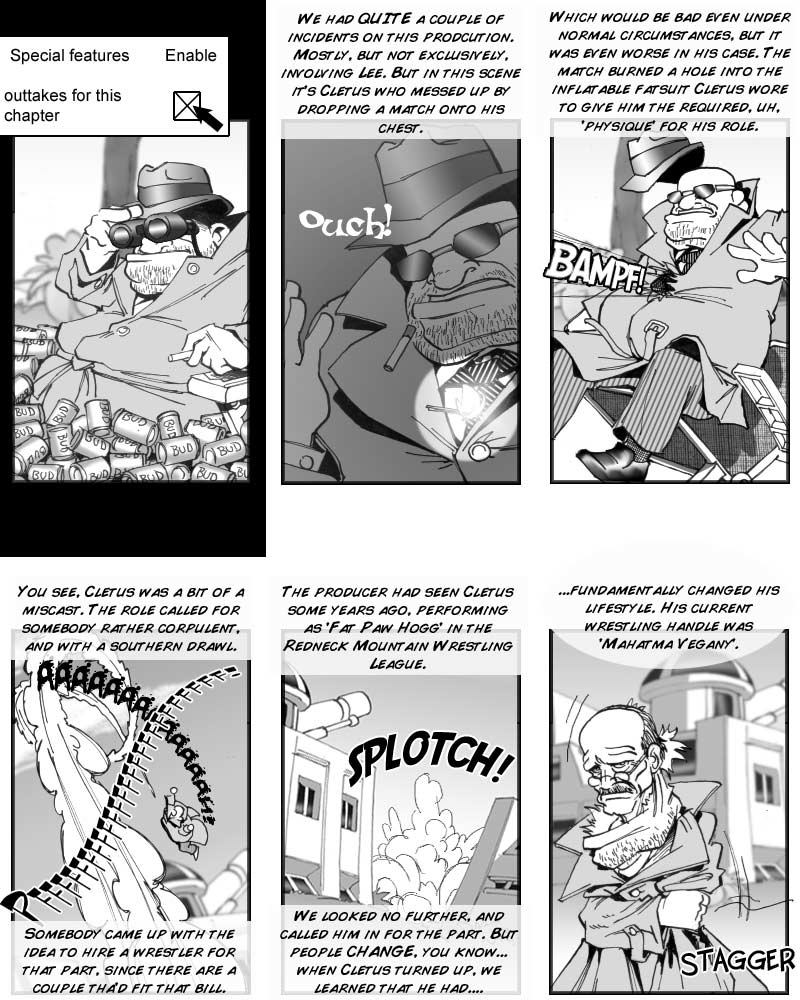 So, did you really think the actor playing the Sheriff looked anything like him in real life? Baby, these aren’t the 90ies anymore. Nowadays you don’t have to cast people to ‘look the part’. Just take the nearest shmuck and cover him in make-up, a bodysuit and prosthetics, and you’ll be fine. Or use digital effects to replace his whole face. Or his body. Or both.

Just don’t throw away the footage, you can use him later in another movie as a background extra. Or ditch him and use a Megaman sprite. It’s a brave new world.

In the same vein, there’s no more reason to shy away from casting wrestlers for a movie. For much of the acting required today (keeping a vague facial expression for three seconds), wrestlers are fine. Turn one of Shakespeare’s plays into a modern, 90 minute screenplay, and you can cast a wrestler even for the lead. Hulk ‘Hamlet’ Hogan. Why not? (‘Alas, poor Yorick! I knew him, Horatio: (…) Here hung the lips that I so oft bashed to a bloody pulp…’) And you see it happening more and more often. So, in a way, Tor Johnson *did* break new ground…by acting…like being an actor…did..break..ground…for…wrestlers. So…you could..almost..say… say… s.. …Tor Jonson was a ground-breaking actor. *head explodes*

Or, just to make some completely far-fetched and ridiculous suggestion, you could digitally combine a wrestler with a scorpion…oops, they already did that.

Speaking of wrestlers, I don’t know if there actually are any who use vegetarian gimmicks. If not, I call dibs on the idea…the great thing is you could promote him as a heel or a face, depending on the State you’re in.

On Monday, it’s back to the ‘Battle of Camp Kasplodey’. Who shall triumph in that valiant struggle of a lone military outpost against…uh, nothing? Please vote.