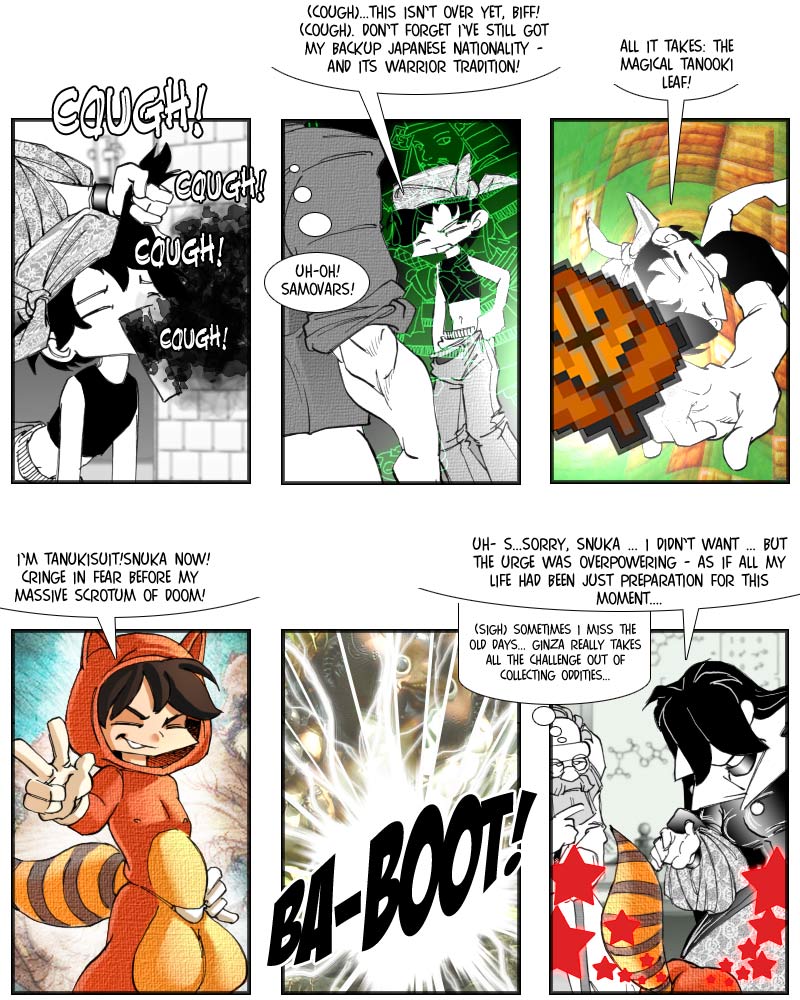 As a B-movie ‘foreigner’ character, Snuka profits from the fact that B-movie scriptwriters

are sometimes a bit vague on a character’s specific background. Defining a

character rather generously just as hailing from a certain hemisphere – ‘South

background to be fleshed out later, in any way the script calls for. Or, sometimes, in

several different ways at different points in time. Independent of their nationality,

Mongolian village, and a Chilean one to know obscure facts on Mexican history.

It also pays off to not bother with the details too much – sure, Brazilians speak

Portuguese as a rule, but there always might be one or two who just prefer

Spanish for some reason, and vice versa, so just don’t worry too much about such trifles.

Just use the same, time-honoured catchphrases to add texture to all your South American

As far as the Japanese Mario…uh, I mean, Japanese warrior tradition is concerned, you’d

have to do quite a bit of research before trying to incorporate it into a movie script.

Unless you’ve played lots of Japanese video games, of course, in which case you can just go

by that. Although, a word of caution is in order: Believe it or not, even Japanese

-depth knowledge by virtue of their Asianess…Asianity…). Point in case: The

left out the massive balls usually associated with tanuki

Japan, a fault I conscientiously avoided in today’s strip. And one which is all the more

puzzling considering the offensive potential of that specific physical trait. I don’t just

depicted as fighting each other with their giant scrota. I’m not quite sure, however, how

that was supposed to work – personally, I would have suspected such a massive target area

would be more of a liability in a fight.

Speaking of target area…well, Mopey is really sorry, for once, but she just

couldn’t stop herself. She has spent so much time perfecting her personal style of martial

arts that it has become something of a conditioned reflex. It’s the fate of all martial

Naturally, I left out the picture of the actual carnage taking place, and replaced it with

an allegorical depiction, as per the guidelines of the ‘Campaign for Webcomic

Decency’. On Monday, there’ll be a peek behind the scenes on the production of this

sequence, and then you’ll be grateful for that…

Snuka also features on today’s voting incentive, by the way. Some days, the kid just can’t