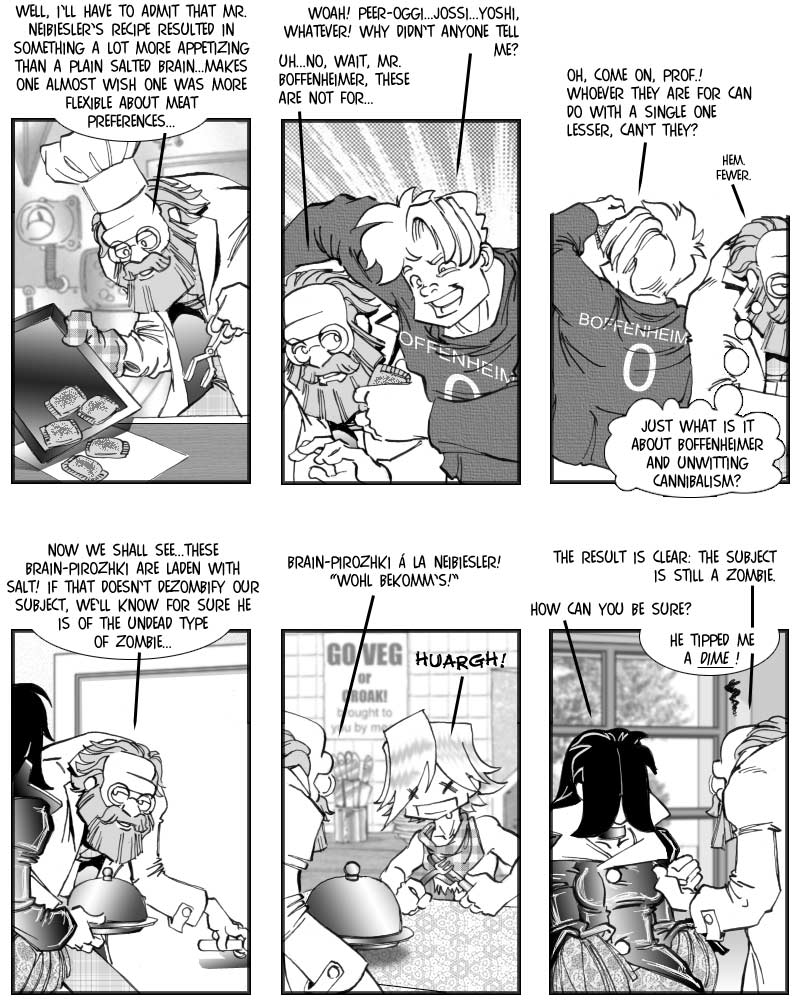 As far as I know, chefs have to wear that dorky kind of headgear for the purpose of hygiene – to cover their hair. As the Professor clearly demonstrates in panel 1, however, it might end up covering the only place on a head where there’s no hair to begin with… Still, he thought it would be nice to try and honor tradition like that. Of course, his sense for culinary tradition didn’t extend to not using the ion furnace in his lab to bake the whole thing within 15 seconds flat.

I have no idea how Biff popped up that suddenly, but he always does that, defying the laws of physics if necessary, when any kind of food anywhere on the campus is ready to serve. Not including anything coming from Mr. Neibiesler’s cafeteria kitchen, but calling that stuff ‘food’ is strictly optional, anyway. The earlier ‘unwitting cannibalism’ incident the Professor refers to in panel three happened back at the beginning of the first chapter – here. This time, however, Biff should at least not have to suffer any detrimental consequences for his health. Consuming your fellow human beings might strain your conscience, but not necessarily your digestive system, at least if you follow Mr. Neibiesler’s instructions.

Professor Doctor’s conclusion in panel six might appear a bit premature, but it’s actually solid science. If it had been a quarter, there might have been some room for doubt, but a dime proves beyond any doubt that Gregory is still a completely soulless being, considering the lengths to which the Professor went.