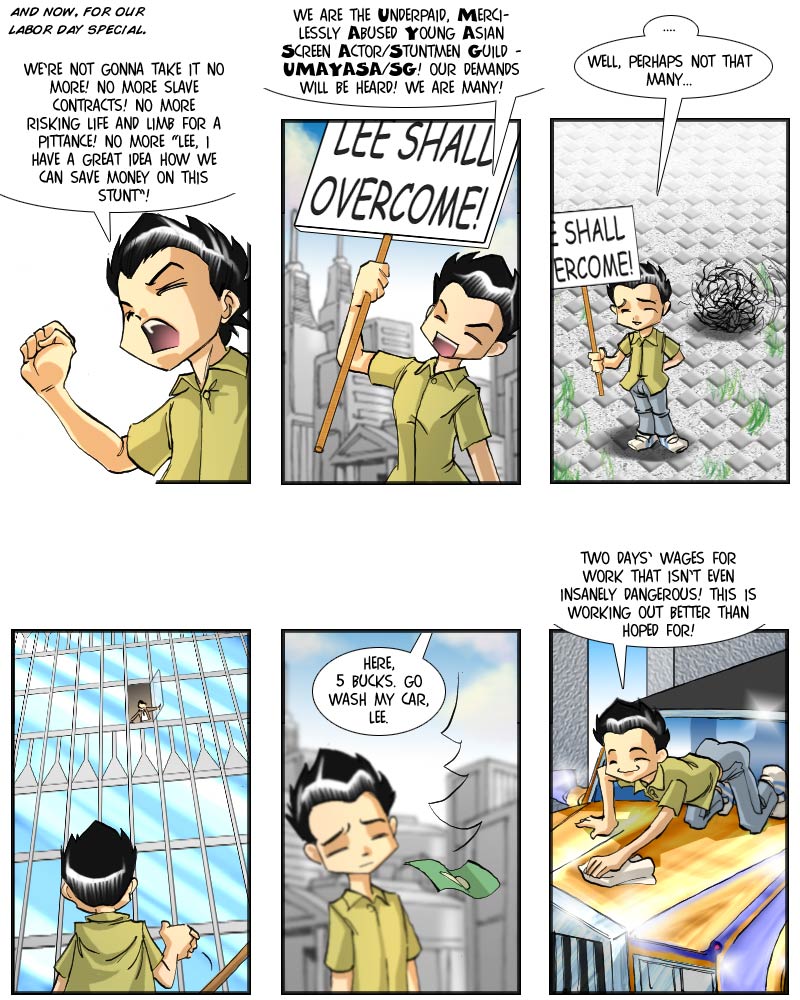 Today being Labor Day, I thought the time was right for Lee to make a stand and say:

With some of the things he’s still got coming up throughout the rest of the chapter, I thought it would be important to show people he’s at least making small steps towards improving his situation. Lee’s main problem, of course, is that he’s the hardest-working, most endangerd, least paid, most often humiliated, most-severly-underinsured-while-most-often-severly-injured, generally most underprivileged professional stuntman/actor in the movie industry (outside Kazakhstan) – and that makes it really difficult for him to rustle up the numbers he’d need to organize an effective protest.

On the pro side, that means he can declare closed shop, and demand that everyone wanting into his niche of the industry join his union. On the con side, nobody wants into that niche. But fates can turn quickly, around Hollywood, and Lee is still confident he’ll end up with an Academy Award for lifetime achievements – he just fears it might be for a rather shortish lifetime.

Anyway, have a great Labor Day, all and sundry. Today’s voting incentive is based on another unusual news headline. More on Thursday.