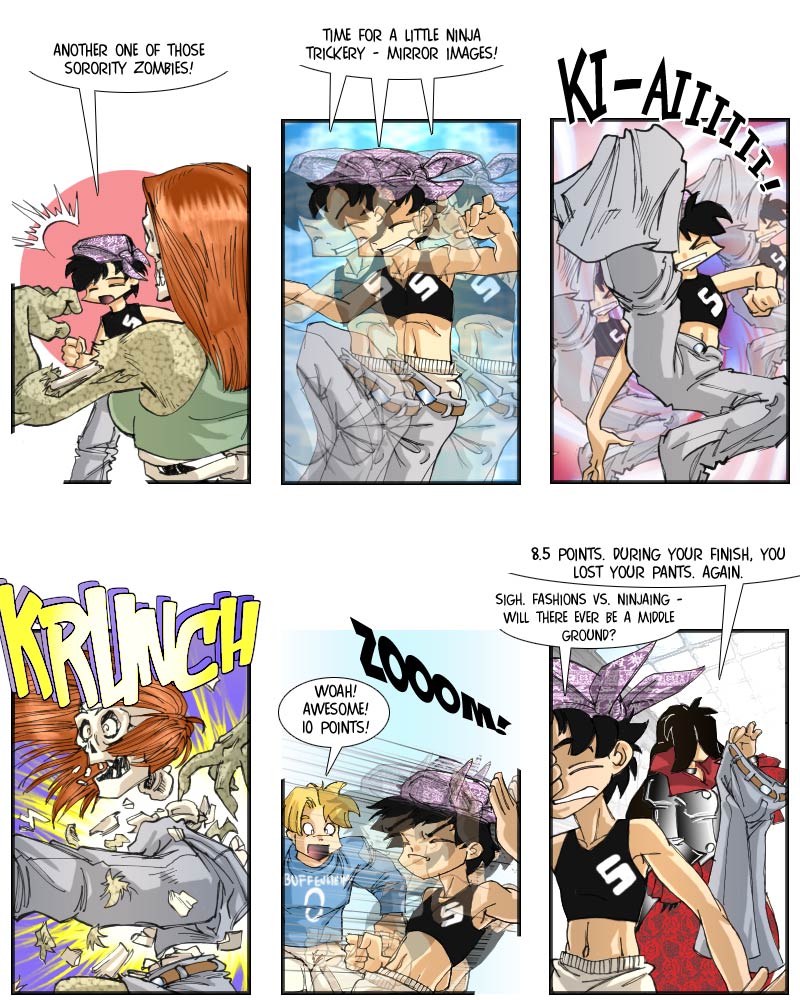 Sorry, I know that the update is pretty late today…uh, and that the colouring has an undeniably psychedelic bend to it. (Or let’s say garish) My excuse is that this strip had a long and winding road to travel to completion…the last stage of which began today, when I was about to upload this two-month old strip, and instead decided to rewrite it, redraw three of the panels, and colourize it.

That ‘Mirror Image’ shtick is a Ninja classic – it’s been around at least since…uh, dunno…probably since there is double exposure in movies. I doubt any of the medieval Ninja master could really pull off that stunt – unless he had a lot of money to spend on mirrors (exceedingly expensive at that time), or many brothers and cousins that resembled him.

Being of vaguely Asian origin, Snuka naturally has Ninja abilities in his genes, as all Asian characters in movies – he just decided to forego the classical black and baggy ninja outfit in favour of something more current, if no less baggy. As you can see, sometimes it doesn’t pay to break with hallowed traditions.