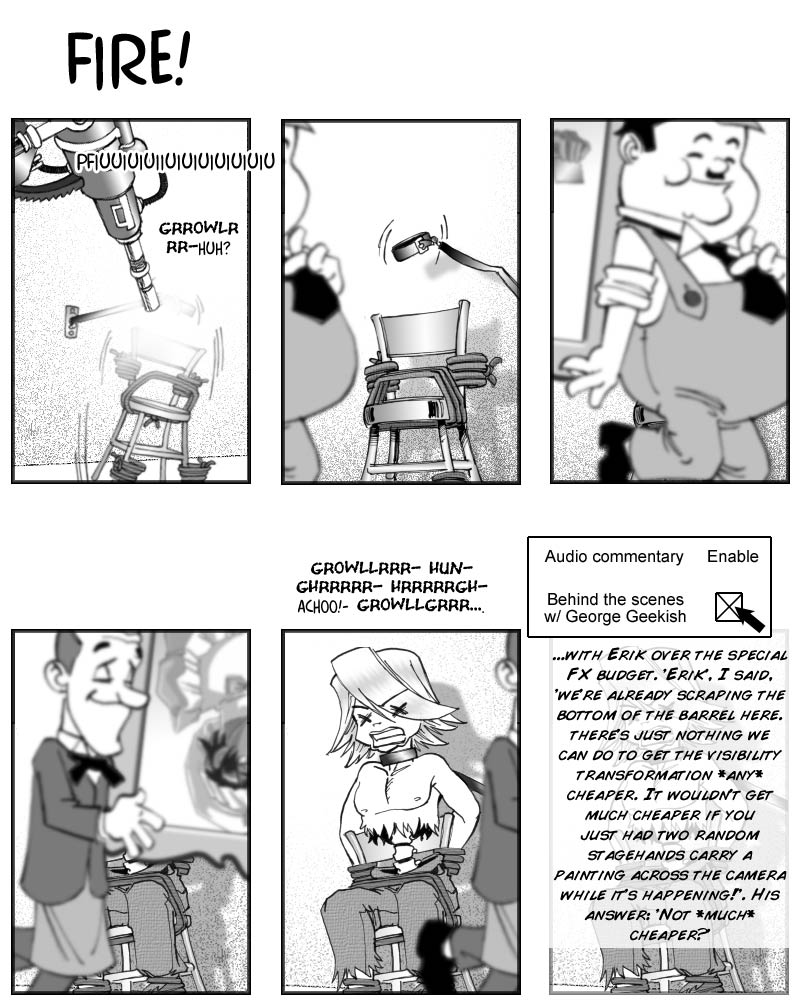 And thus a new designation for the invisible killer is required – I’d suggest ‘the newly visible, formerly invisible killer’, or NVFIK for short. Some people might think that visibility and invisibility would somehow cancel each other out, so that we should simply refer to NVFIK as ‘the killer’ – however, by that logic, East Westham would have to be referred to simply as ‘Ham’.

Before the age of digital effects, gradual transformations from invisible to visible (or vice versa) were tricky affairs. Especially when, like Universal did for their ‘Invisible Man’ series, the effect is enhanced by offering various insights into aspects of the human anatomy – bones, muscles and nerves being shown to appear one after the other. The ‘pillow’ Claude Raines’ head rests on in the final shot of ‘The Invisible Man’ was actually made from plaster, so that the ‘folds’ would stay the same when Raines was replaced with various anatomical models. More than once directors succumbed to the allure of saving a bit of money and nerves by providing some coverage – although the blatant ‘mobile coverage’ supplied by extras carrying a large object across the camera is a bit discredited, nowadays. Back when cameras were less mobile, people were more understanding of coverage having to be more mobile, but when it gets done today, it’s usually disguised to appear more co-incidental.

Anyway, that concludes the ‘invisibility’ portion of the chapter, but our heroes aren’t quite done just yet. And, yes, if Professor Dr. had had his Saint Zharkov moment a bit earlier, he would have saved Snuka a lot of dismay – and there would be fewer puddles of heavily radiated water about. Well, you just can’t rely on Saints, I guess. On Monday, there will be the shocking revelation of the killer’s true identity! Well, I guess everybody has already recognize him, anyway, but that never has stopped any B-movie from staging the obligatory revelation scene, now has it?

A new voting incentive will also go up today, another suggestion for some retroactive meddling in a movie – at a point where it would do good, for once.