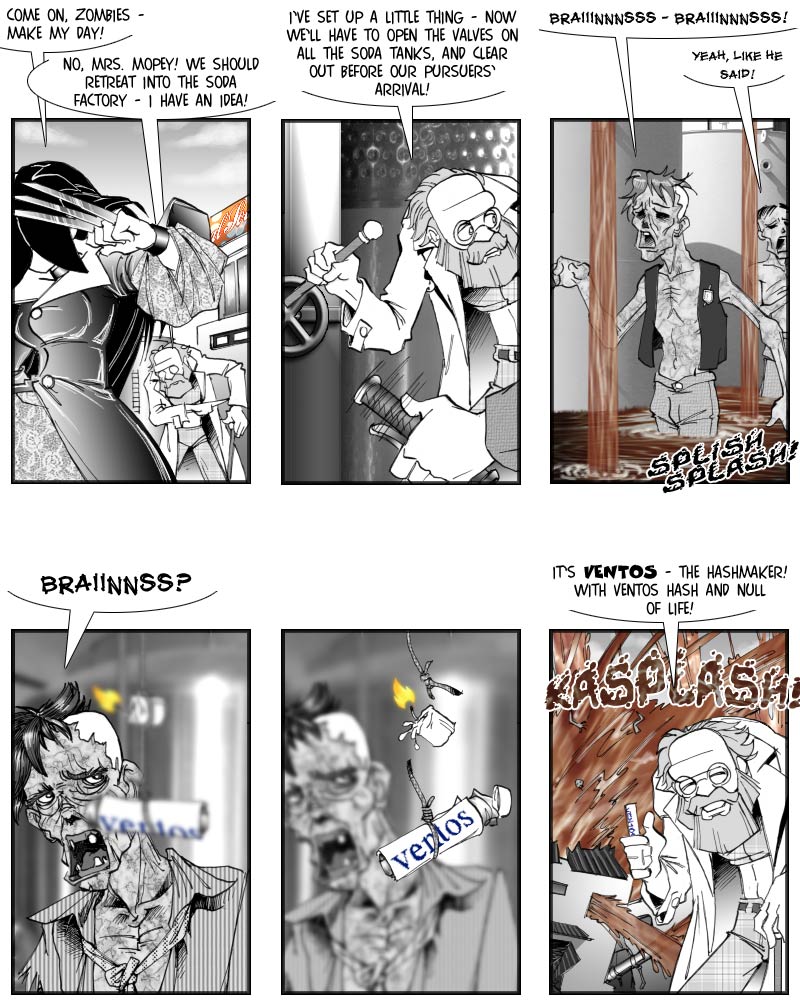 While the Professor is normally a very serious kind of scientist, it’s nice to see that he doesn’t completely discount popular science:

And the corporate sponsor should be happy, as well – something like this is what I would call effective product placement: plausibly integrated into the plot and memorable. This is bound to be the signature scene of the whole movie: it will get centre stage in all the trailers, and the movie will later be commonly referred to as “the zombie cokexplosion movie”. For the third or fourth re-release, it’ll probably be officially named like that.

For the backgrounds here, I’ve mostly used modified photos (from www.morguefile.com). I’ll honestly admit that I don’t have any idea what a soda factory looks like from the inside – and I think I should try and keep it that way, or it might take all the magic away.

On a side note, I really enjoy writing the dialogues for the zombies. It’s really relaxing.

In case you haven’t already, check out the review of BMC posted at#@!%$*!

Monday’s episode will feature the “making of” of today’s spectacular SFX, and there’s also a new voting incentive up today.