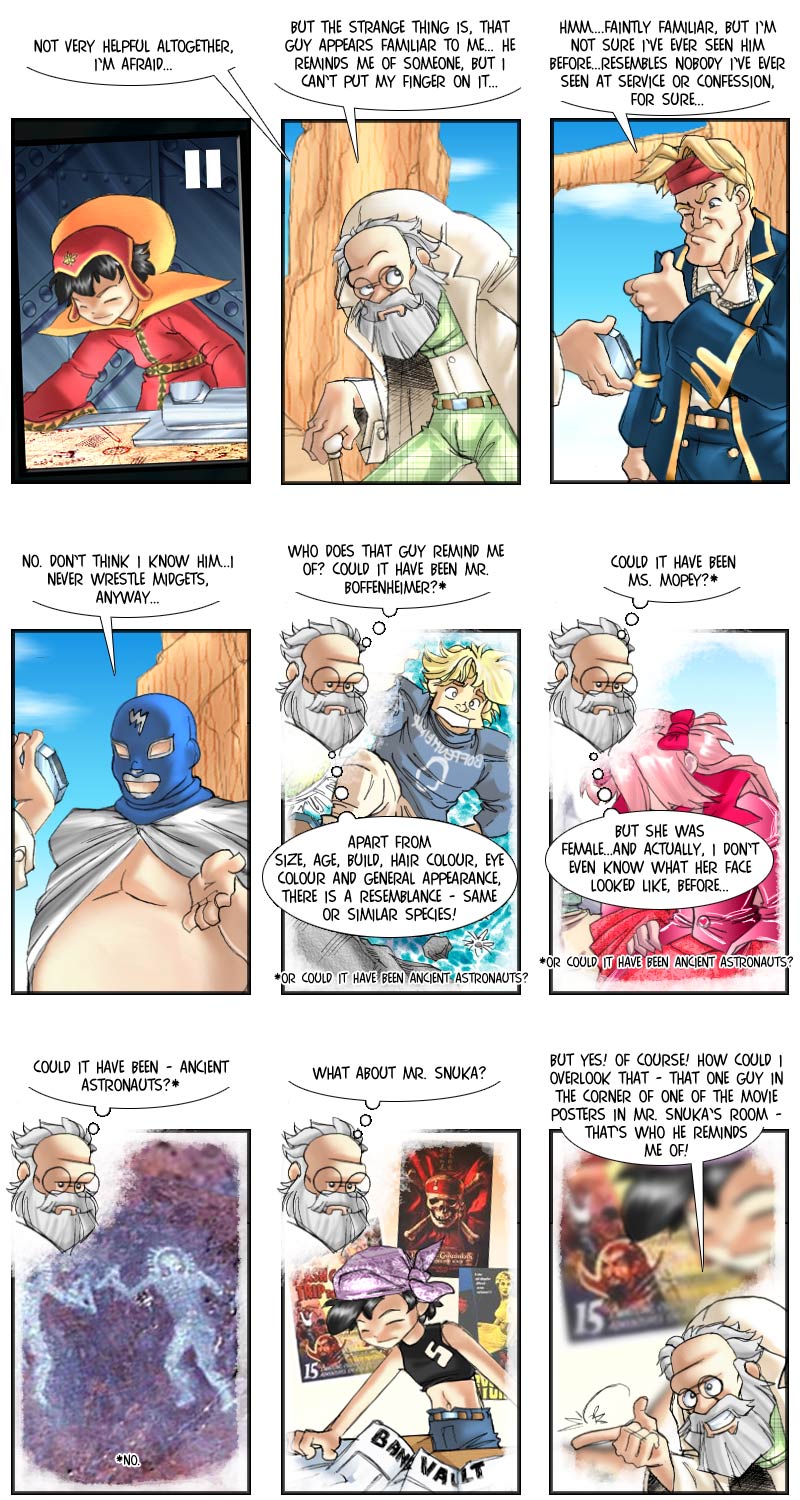 And thus, our villains deep(ish) secret seems safe for just a little while longer – predictably, and it had been correctly predicted in the forum, the Professor just almost made the connection. But in the end, even having absolute photographic memory only means that you remember everything you’ve seen, and not necessarily that you see the obvious when you remember.

The other two have valid excuses, of course – El Lightning never met Snuka, and Father John Captain McKenzie only passingly knew him. Back then, when Father John was still a priest, Snuka seemed almost intent to avoid him…to bad he never got to meet him as a pirate…

In his reasoning, the Professor honors another B-movie principle – not only does he end up stoping short of the obvious by just a smidgen, no, he also starts off the process of elimination with the least likely candidates. This rather conunterintuitive approach dates back to the time when pulp fiction authors were paid by the word, and has survived into modern B-movies – it’s still quite cost-effective in that setting, because it allows the editor to include swathes of recycled or stock footage.

That’s all for today, more on Monday. A new voting incentive is up, as well.