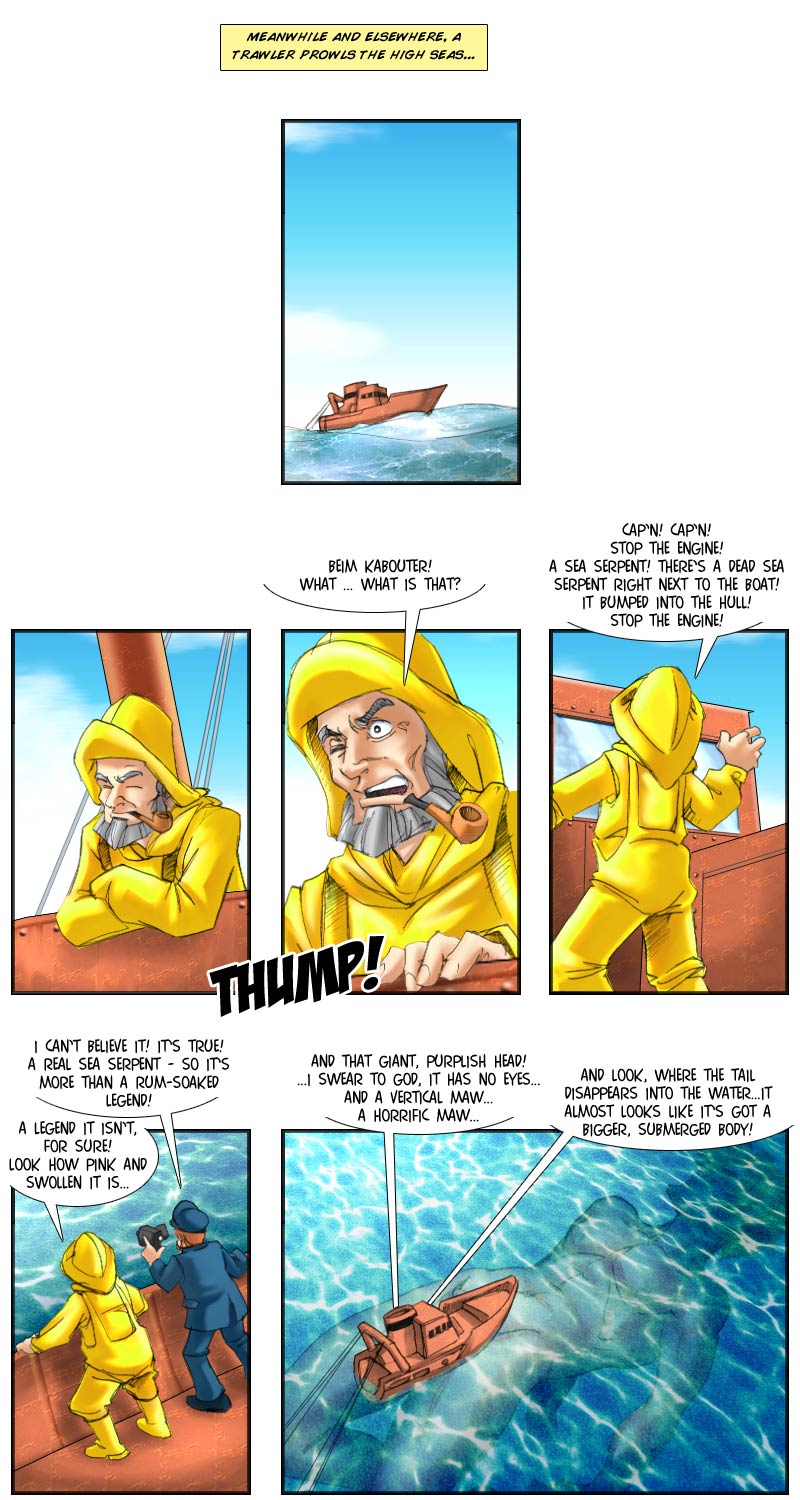 The naked hulk alongside came, And the twain were casting dice ; `The game is done ! I’ve won ! I’ve won !’ Quoth she, and whistles thrice.

Beyond the shadow of the ship, I watched the water-snakes : They moved in tracks of shining white, And when they reared, the elfish light Fell off in hoary flakes.

from Coleridge’s ‘The Rime of the Ancient Mariner’

I know it’s a bit of a digression, but I thought it prudent to remind people that there are a number of castmembers missing/presumed deceased – the chapter has dragged on longer than intended, and so it has been quite a while since Biff took the plunge – and it would be a shame if his noble (if likely inadvertent/unthinking) sacrifice would be forgotten over the relief of seeing Jaws-taro survive. >_>

This episode was mostly inspired by a blog post about the mis-identification of “sea monsters”, with the ‘sea serpent’ in question possibly being nothing more than a giant squid swimming backwards. (Not that spotting a giant squid swimming backwards is anything to sneer at.) It’s likely going to be difficult, however, to convince cryptozoologists of my alternate theory – that some mariners claiming encounters with so-called ‘sea serpents’ might actually have run into the genitalia of partially submerged, giant humans. They’re a sceptical bunch, cryptozoologists. >_> (If you doubt this is possible, how is it there are PYGMIES + DWARFS??)

Speaking of doubting that something is possible…yes, that trawler consists of nothing but rust. And, yes, ships like that do exist:

O_o You might wonder how they stay afloat at all, but it’s not a big miracle: Even the ocean has some standards, so it would never willingly enter a ship that rusty and run-down.