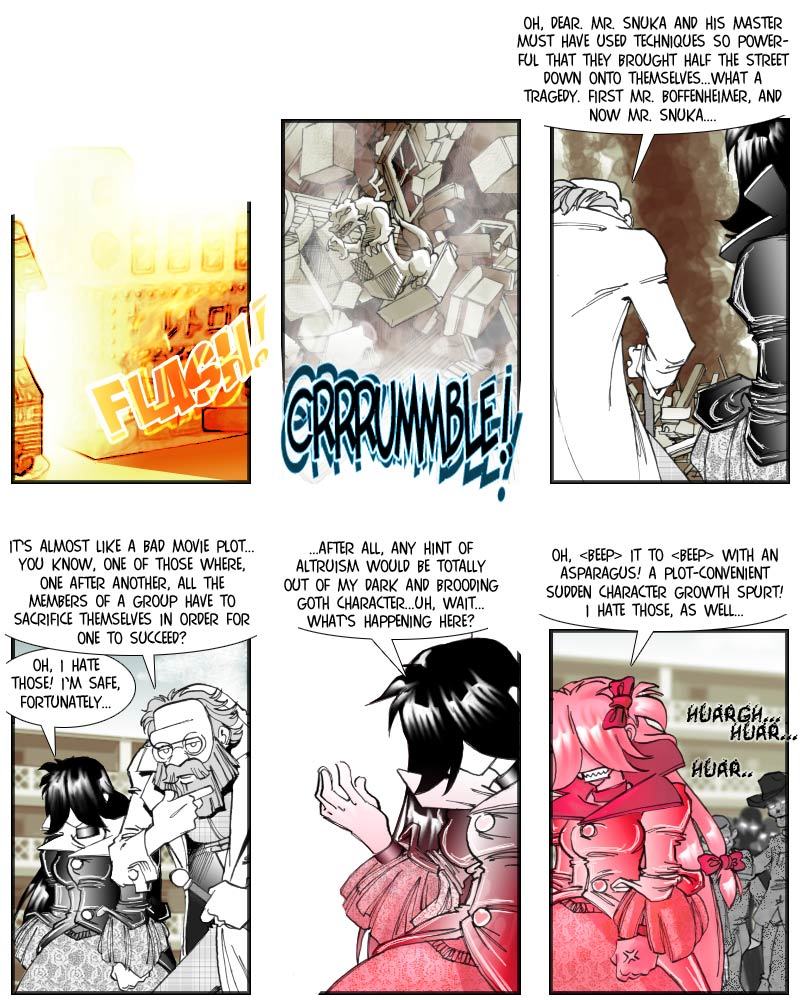 As Prince George, Duke of Cambridge, once remarked: “There is a time for everything, and the time for change is when you can no longer help it.” (He headed the British Army for nearly four decades, and the consequences of his tenure where about as disastrous as that statement would lead you to expect.) Many B-movie scriptwriters have taken his sentiment to heart, especially when it comes to character change – a slow, gradual maturing of a character is just wasting valuable screentime, after all, when you could get the job done just as well with a sudden, jarring switch. If you wanna be fancy, you could have some traumatic event bringing about said change – movie characters are able to deeply reflect upon events they witnessed, and draw profoundly life-changing consequences from them, in the course of a three-second close-up. But there doesn’t really need to be any rationale given, especially if the character changes into the direction of conforming more closely to a stereotype – this is then considered a ‘natural’ change, which the audience will accept even in the complete absence of some visible cause (it is said).

So in that regard, Mopey is quite flexible as a character – being a goth girl, any character change that makes her appear either more gothic or more girly can be considered a natural change, and be employed as needed without any build-up. In case you didn’t notice, this time it’s been the ‘girly’ direction. (Colour coded for your convenience: Black, red – goth colours; pink – girly colour.) And yeah, seeing her outfit in that colour, I’ve got to admit that it always had had a certain ‘Hello Kitty’ flair to it, anyway…(*ducks for cover*)

With Snuka joining his master in meeting their respective ancestores, and Mopey on her way to a pink, princessy self-sacrifice, I dare say the dramatic conclusion isn’t that far off anymore. More on Monday, and another Pokemon-themed voting incentive is up, as well.