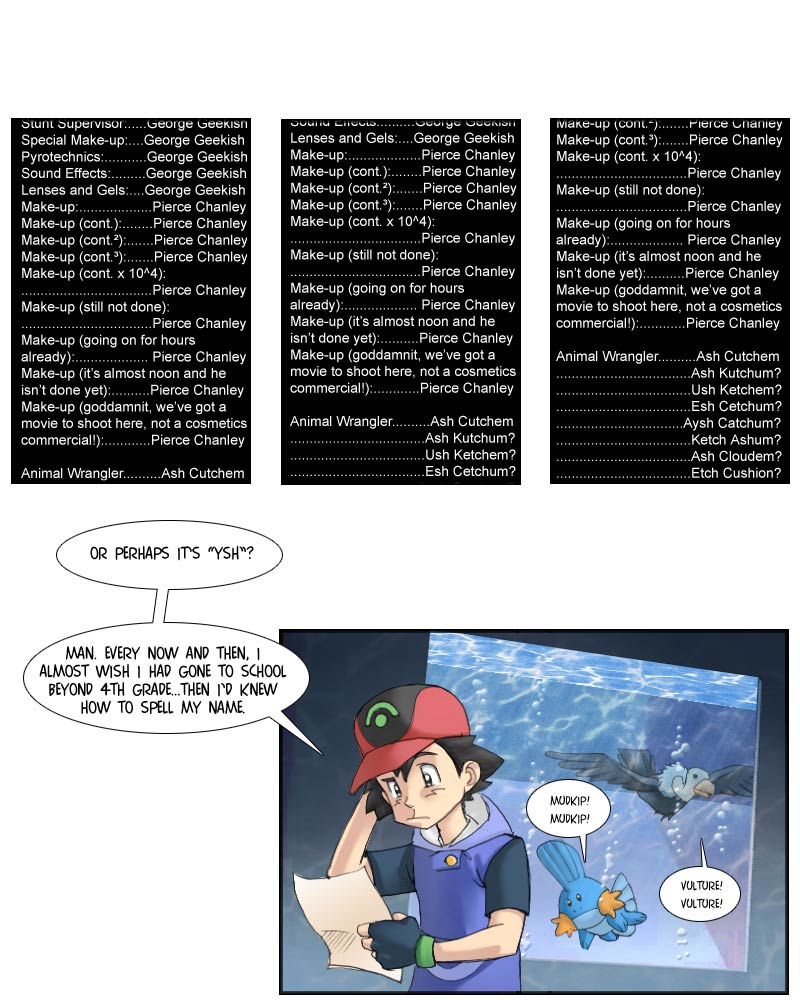 As mentioned before, the animal wrangler Nolan hired is an absolute genius when it comes to finding and dealing with movie animals of any size and shape – but his academic achievements are not quite up to the same standard. Apparently, he dropped out of school at age 10 and started drifting about aimlessly, chasing down bizarrely mutated critters all around the world.

His appearance is deceiving, by the way – he might still look like a ten year old, but he’s actually already 23, it’s just that his looks never change. Must be some rare hormonal problem – perhaps a daily regime of electric shocks and fireballs at an early age just isn’t all that healthy for your gonads.

Behind him in the picture is the tank where he keeps the animals – for example vulture, or the mudkip which served as double for Jaws-taro in the underwater sequence. Vulture has picked up a strange habit from some of the other animals in the tank – a compulsive repetition of its own name as a form of communication. Translated into human language: “mudkip, mudkip” -> “What an idiot! Even I know how to spell his name!” “vulture, vulture” -> “Ya don’t have to tell me! I’m a vulture, and he keeps me in a water tank!”