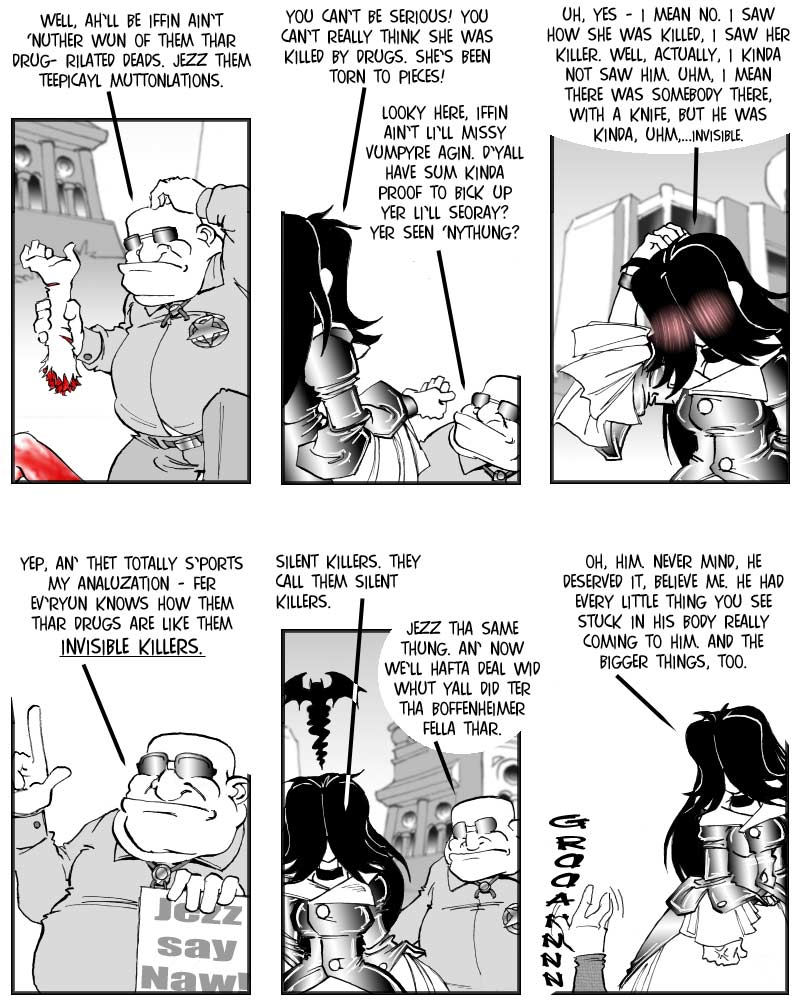 As promised, Mopey has described what she saw of the killer – and she only needed a single word for it, to boot. 😛

Sheriff Ketchum isn’t much baffled, of course. He’s never managed to successfully conclude an homicide investigation, so for all he knows, all killers could be invisible. And ‘silent’ means the same as’invisible’ to him, anyway – ever since that one guy explained how a tree falling in the forest doesn’t make a sound when nobody sees it… Jezz say Naw is the slogan of the Sheriff’s anti-drug campaign, although nobody has yet realized that – most people think he’s campaigning for redneck language classes in High Schools.

And, yes, Mopey is blushing in panel three, so profusely that it shines through her hair over her face. Her tendency to do that, in fact, is one of the reasons why she chose that particular hair-do. She has worked off a bit of her frustration on Biff, but has, in the end, abstained from damaging his procreative facilities irrepairably. Let’s hope that that was the right decision…

On Thursday, Team A will finally rejoin Team B, and deal with the new disclosure about the killer.Please vote.