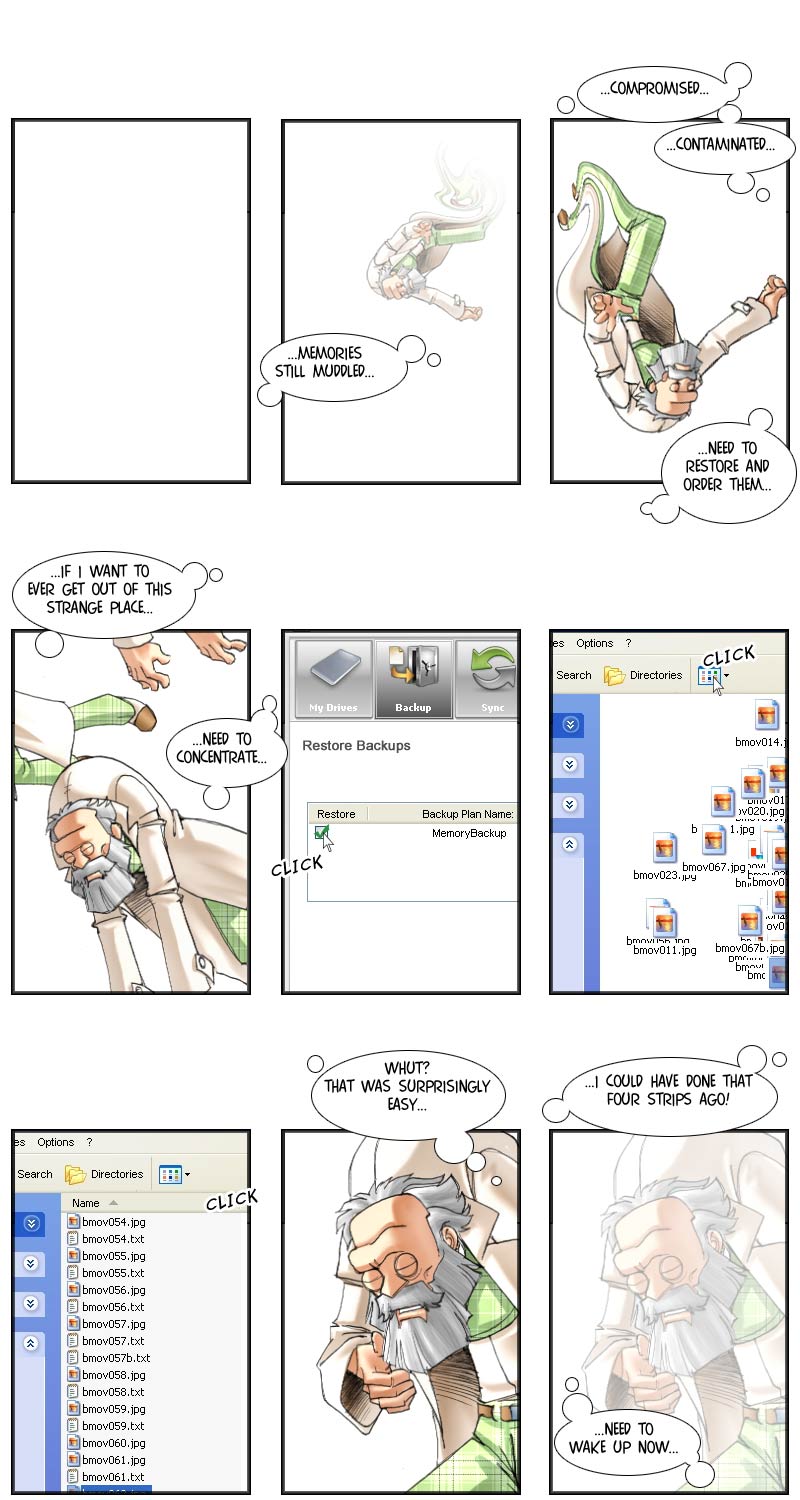 Yeah, thanks to the miracle of modern technology, it all turned out easier in the end than anticipated. ._.

But people born in the 20th Century can’t even imagine how complicated and time-consuming such an operation to restore and reorder someone’s memories used to be before the age of Information Technology. Back then, a person’s memories could well run to several volumes full of text and drawings – and when you wanted to restore and reorder them, one monk had to rewrite all the text and another monk had to redraw all the illustrations. Or several monks in succession, if a single human lifespans turned out to be insufficient. If you wanted the whole thing sped up, you could ask for the data to be ‘compressed’ – in that case they made the big, illustrated letters at the beginning of each page slightly smaller. And you had to check and double-check everything, because these monks had a habit to sneak weird stuff about fictional saints into people’s memories. And when everything was rewritten, you still needed a witch to implant the memories – and getting a witch safely into and out of a monastery was always a hassle. Bah, you young people don’t even know how good you have it. >:/

Ah well, all a thing of the past now – three clicks and you’ve put half a monastery out of work. So why do they need people like Namine at all? Well, they could have restored Sora’s memories the same way, but Donald had accidentally taped something over the backup tapes. Duck pr0n. >_>