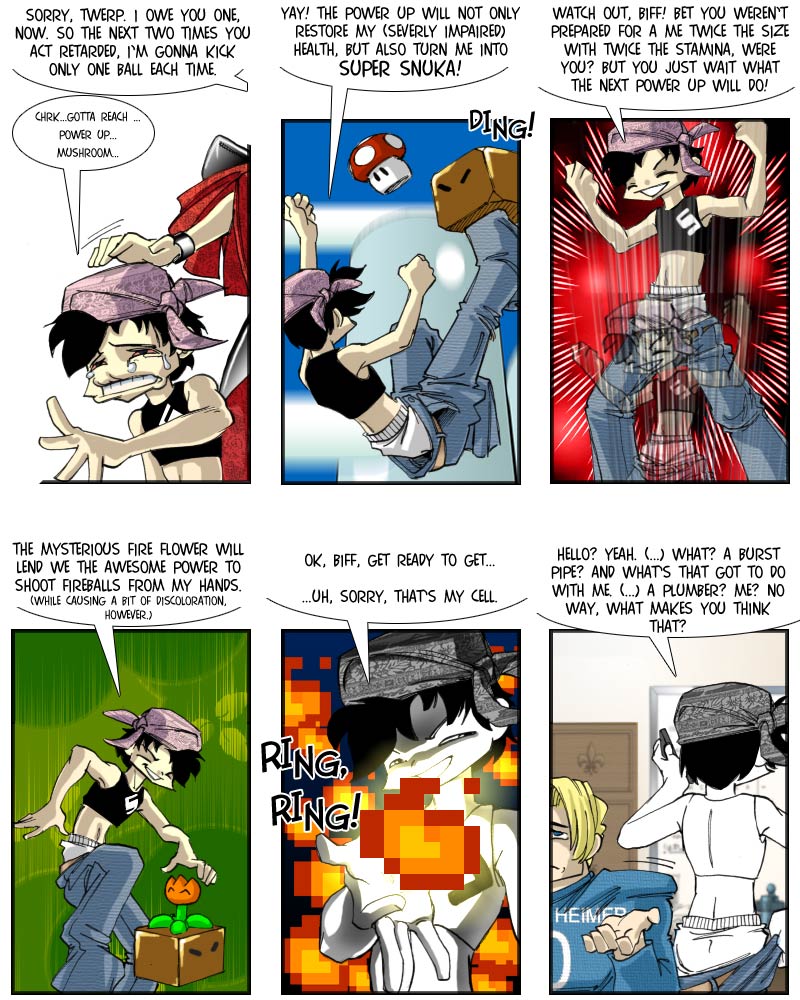 As promised, Snuka rebounds from his recent setbacks today, and in grand style. He gets to profit from one of the arcane secrets of the Japanese warrior traditions: the consumption of certain mushrooms to augment various physical traits and abbilities. These mysterious fungi are usually hidden in floating blocks of rock dotting the Japanese countryside, and have to be released by hitting said blocks – unlike Snuka, most people prefer to use their heads for this. There are also certain flowers which occassionally can be found growing on such blocks, and these give people the abbility to shoot fire from their bodies…I guess they must be some sort of local hybrid chili peppers.

In case you wonder why I know so much about Japan and it’s local flora – believe it or not, I learned it all from video games!

Normally, Fire!Snuka should have been able to deal with Biff quickly, but, unfortunately, there’s a drawback to it all: qualified plumbers are in such high demand that even just looking like one* means you’ll immediately be getting calls from people desperate to somehow get a plumber over to their beleaguered abode before the water reaches second floor. In fact, once Snuka realizes how much money he could make that way, he might even give up on his promising career as a juvenile delinquent.

This strip also started out as grayscale, but the ‘turning white’ effect just didn’t come over clearly – guess I should’ve expected that. ^_^;

* What do you mean, “real plumbers don’t look like that”?