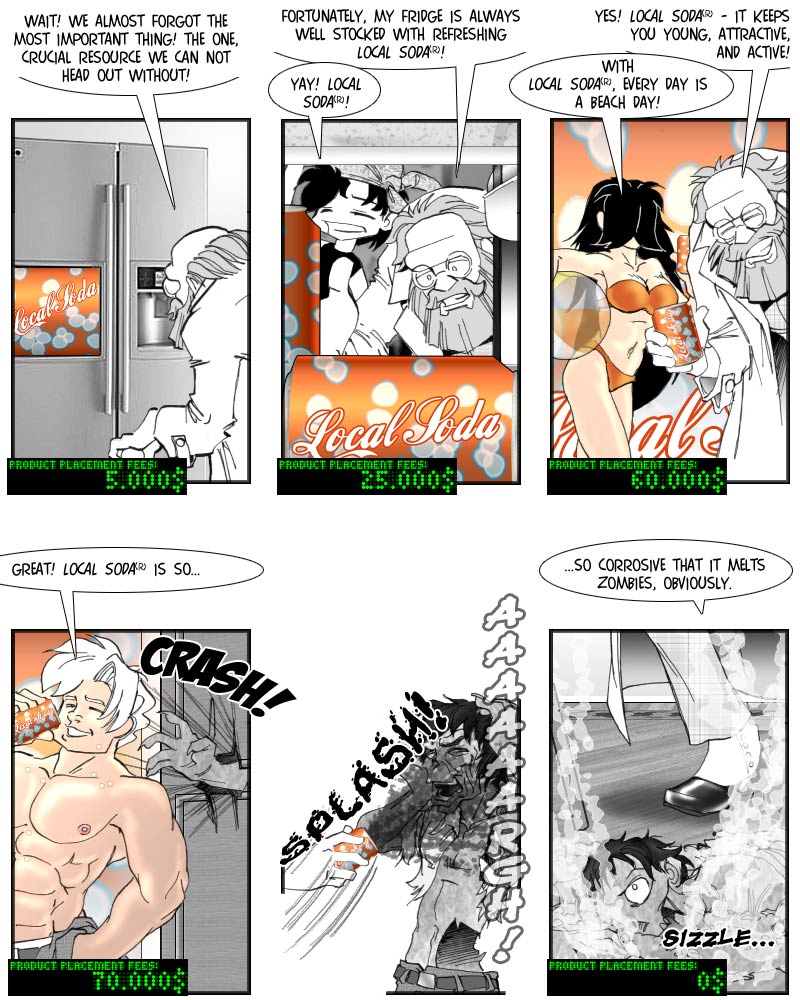 In truth, Sodas aren’t anywhere near as corrosive as has sometimes been alleged.

Product placement, on the other hand, seems to be highly corrosive – both for the quality of movies, as well as the integrity of movie makers. For proof, visit your local theater. (In all fairness, though, PP seems to revolve less around softdrinks and snacks today than it once did – at the moment, the worst perpertrators seem to be car and electronics manufacturers.)

Erik, the director of our little movie, seems to have integrated his “sponsor’s” product a bit too closely into the action, however…too bad, the production could have used the money. Quite desperately, actually. In reality, this doesn’t happen too often, though – most practitioners of product placement have a rather cynical view of the audience and its intelligence, asserting that the mere presence of the product is all that counts. Even if said presence consists of being flushed down the drain by the protagonists… Astoundingly, given the vast amounts of money poured into this specific venue of advertising, there’s still precious little scientific data on the effectiveness of the approach…most treatments fall back on the old myth about “E.T.” and Reese’s Pieces.

Well, anyway…seems that the production will have to do without the extra money. Too bad, it was earmarked for hiring a second stuntman, so Lee could have had half a day off. No chance for that, now, as will be evidenced on Thursday. Today’s voting incentive is based on a news headline, and didn’t even require any extra text.