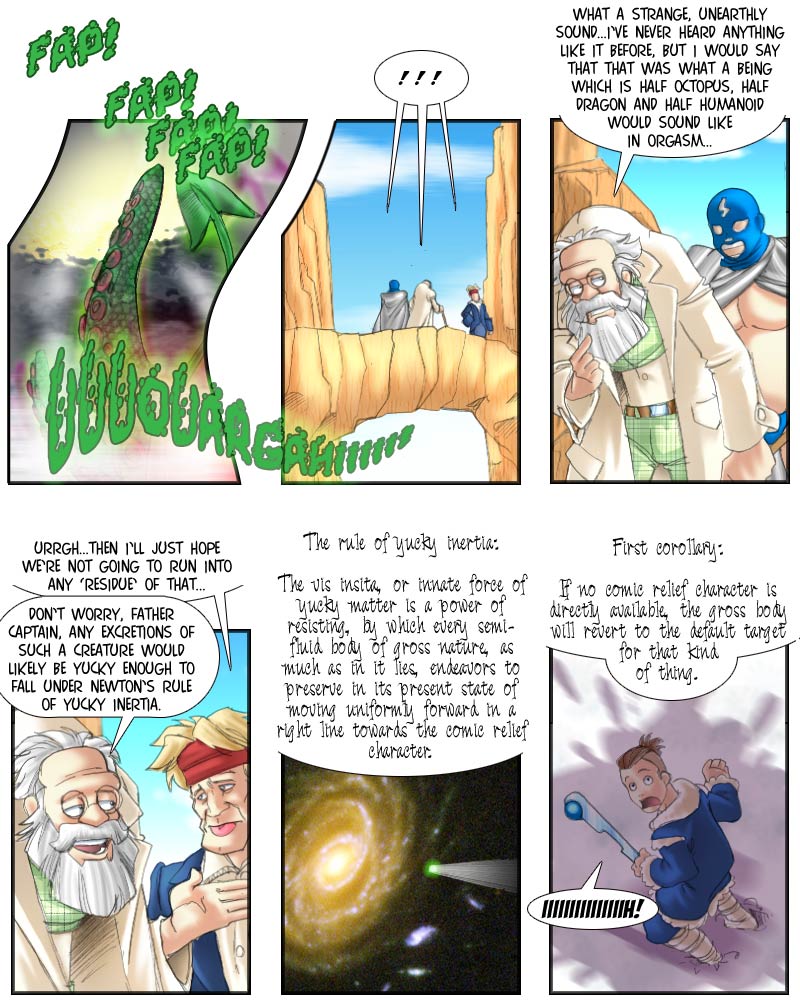 I felt I just couldn’t wrap up this Cthulhu mini-subplot without a proper…uh…climax.

But I tried to be as tasteful as possible, without going to deep into the – possibly sanity-blasting – details. There was an important B-movie rule, though, to which I had to conform: if a plot cotains any kind of sticky/yucky/icky fluid or semi-fluid of gross nature, it needs to be combined with a character for comic effect. Typically, that would be the comic relief character, and there are, depending on the specifics, two general types of delivery available: being hit in the face or falling into a whole vat of the stuff. Ideally, it would hit the character just after he had taken a bath, or arrogantly pointed out his superior cleanliness opposed to other characters.

Unfortunately, I happen to have no comic relief character available, so, as per Newton’s rule of yucky inertia, the substance switched targets to the next suitable victim. And that’s Sokka. Always. ._.

(Yeah, I know…that ‘corollary’ doesn’t really follow from the rule. Chalk it up to ‘B-movie science’. =P)

More on Thursday, and don’t forget to check out the new voting incentive.