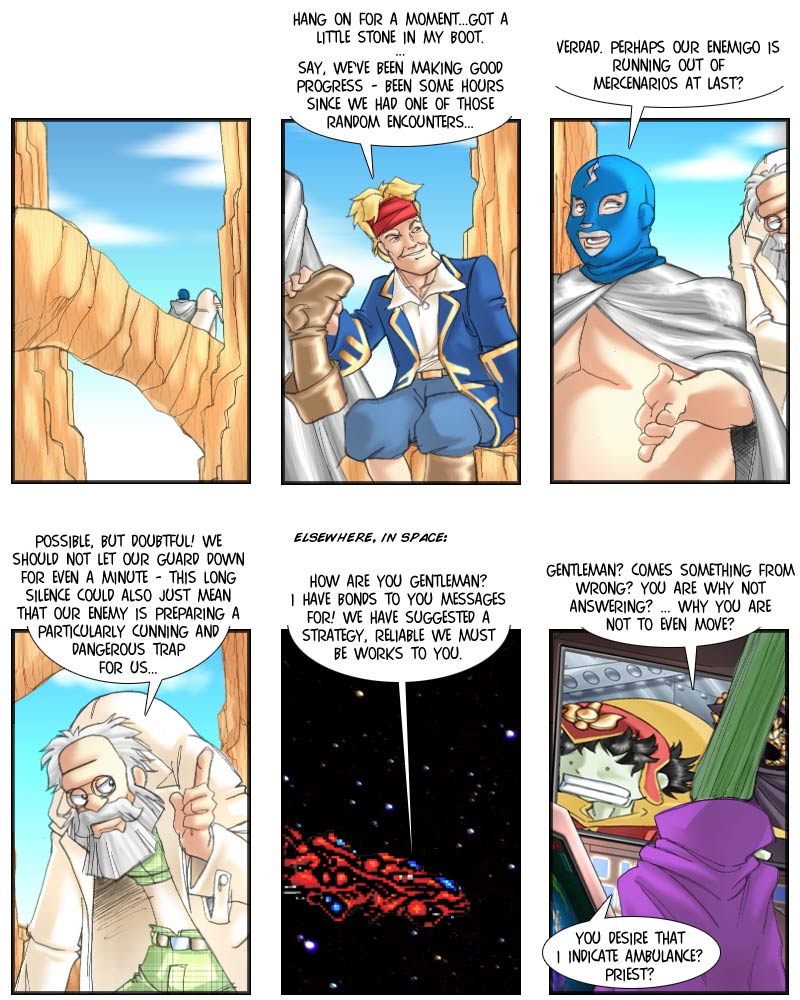 And thus our heroes get a well-earned respite from the constant onslaught of random encounters – because their enemy obviously needs some more time to recover from that sights he’ll never be able to unsee again. As a villain, he fortunately has a limited degree of invulnerabiliy in his contract, otherwise he might take an astronomical amount of time to recover…until the stars are RIGHt again…

Panel Five shows the giant, organic space-fortress CATS uses as the headquarter for his advertising and marketing agency. That’s not as much out of the ordinary as you might think…most of the better ad agencies operate out of orbiting spacecruisers by now. If you’re employing an agency, check out whether they have on of those – if they still do their business out of a boring old terrestrial office building, ditch them and give CATS a call: 1-800-555-0179. (Press 1 for garbled English, 2 for alien chanting or 3 for encrypted and compressed Androidese.)

And in panel three, El Lightning Blue demonstrates the typical learning curve of fictional foreigners learning English – rather than learning the most basic words, and those that are most similar between the languages, first (as real life foreign speakers tend to do), they are able to describe complex concepts in English, but have to fall back on their native tongue for some of the most simple and everyday words. Fictional Mexicans are particularly prone to this – they might know English words like “antiestablishmentarism” and “deconstructionist”, but they’ll still pepper their dialog with basic Spanish words like “si”, “gracias” and “por favor”.