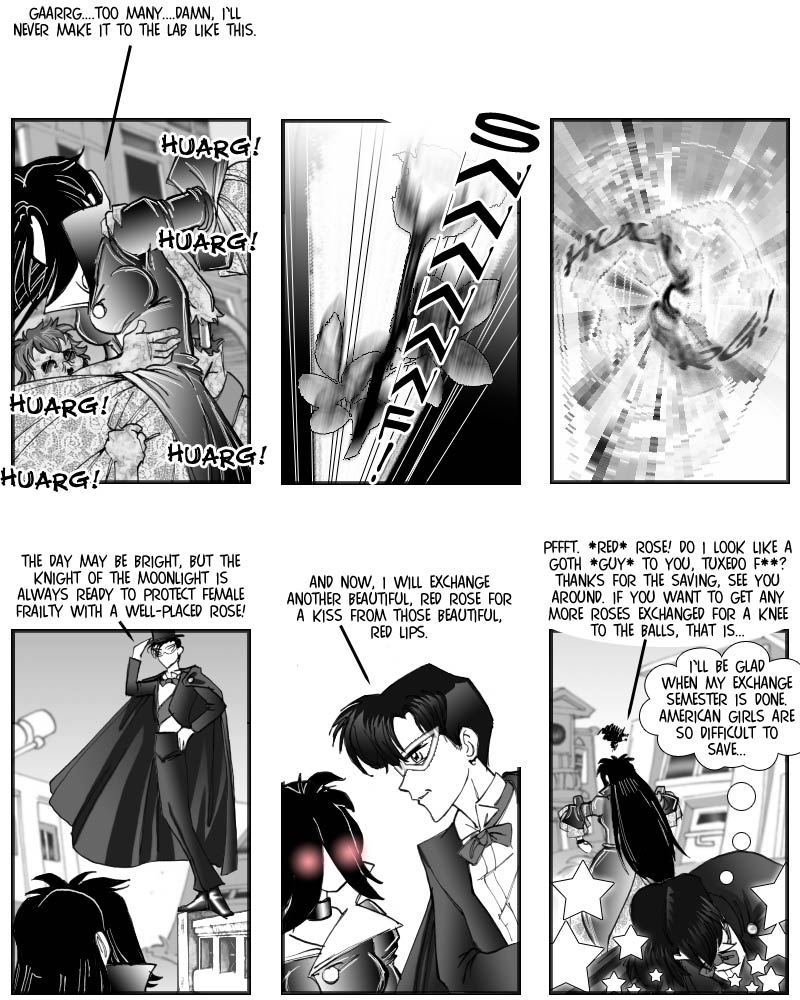 I guess you’ve recognized that little cameo – exactly, it’s “The Masked Formal Dresser” from “Popeye the Sailormoon”. (Or something like that, I’m bad with names.)

Of course, being an exchange hero from the land of sushi and sumotori, our charismatic hero encounters occasional slight hic-ups while trying to adapt to Western mores. Approaching a goth girl with a red rose is big no-no. Male goths tend to be the closet romantic ones, and much more likely to fall for that old-school approach. Crooning old Frank Sinatra songs will also help.

Now, if he just had offered a black rose (or at the very least dark purple), the whole affair might have ended on much more cordial terms. No, he wouldn’t have gotten his kiss, but he would at least not have been pummeled mercilessly. Severely, but not mercilessly.

If he wanted to really adopt Western style, he’d have to drop the whole roses thing almost entirely, though. Red roses carved into the handles of a pair of Uzis would be the correct Western equivalent of his trademark. The tux would have to go, too, of course. The only fictional character who can look good in that sort of formal attire is Dracula, and in the real world it’s also generally restricted to diplomats, nowadays…not even those, if Israel’s ambassador to El Salvador is any guideline…