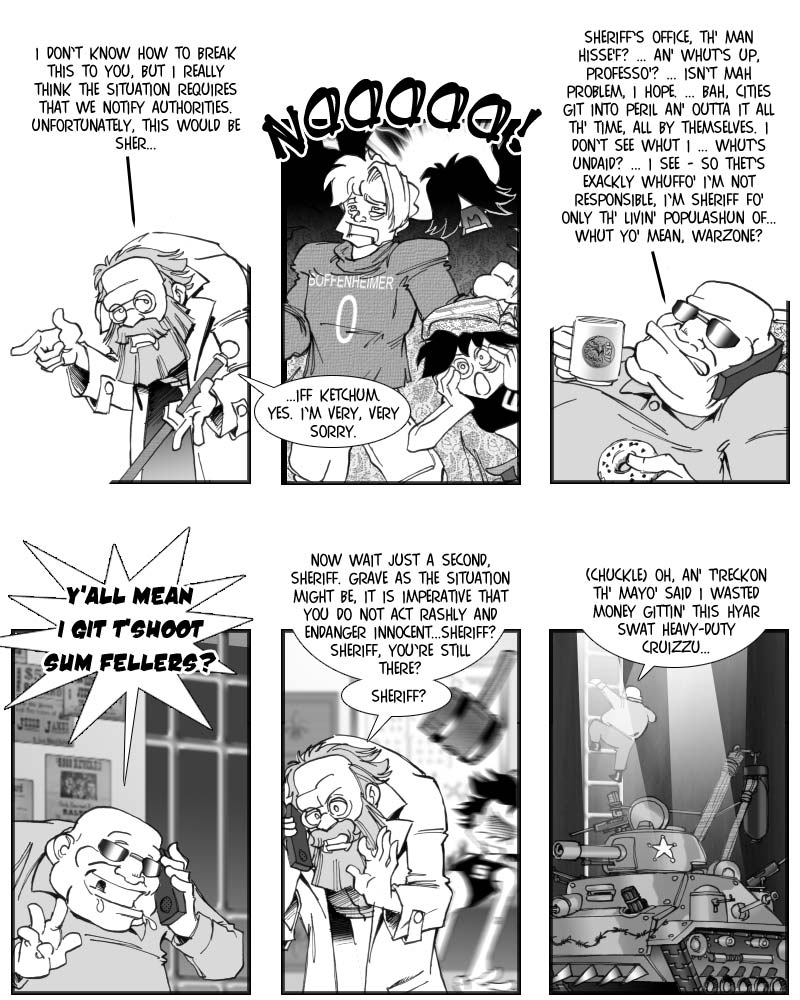 Despite his age and his wealth of experience, there are a few slightly naive beliefs the Professor just isn’t willing to give up…one of those, sadly, is the idea that somehow, sometime, there’ll come a situation where involving Sheriff Ketchum will cause more good than harm, and that he has to keep giving him the chance. *shakes head sadly*

In his defense, there is another reason why he just had to involve the Sheriff: After that one experiment the Professor did some time ago, the University took out an insurance policy against having the student body decimated by supernatural beings. If the Professor hadn’t informed authorities in this case, the insurance company might later refuse to settle claims.

Too bad the Sheriff didn’t hear the Professor out, that caution about endangering innocents might have been important to hear- but, surprisingly enough, the Sheriff *can* move quite quickly when he feels an overpowering need. And he’s been itching for years to get to take his S.W.A.T. ‘cruiser’ for a little spin – after all, the city had to raze the orphanage to finance that thing. (Yes, the razing of the orphanage had nothing to do with Snuka. On the contrary, he even organized a new home and jobs for some of the displaced orphans. And he’s so remarkably modest about his philanthropy, which he modestly refers to as just ‘pimping out some hoes’.)

Speaking of Snuka, in the background of panel five…I don’t know what he did, but I’d venture he deserved that.