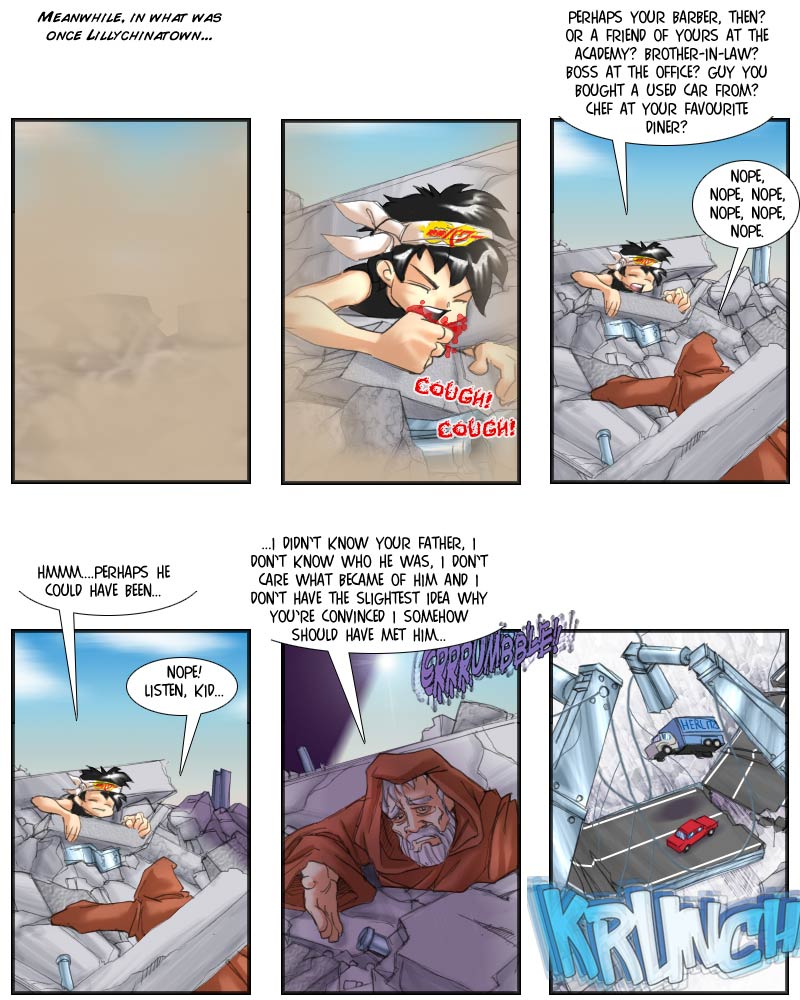 In order to prevent over-exposure to PinkPrincess!Mopey, I’ve decided to move the next pinkish episode to Thursday, and interject this important clarification:

Despite the fact that Snuka grew up as an orphan, and just had a climactic confrotation with his master, said master is and was in no way connected to Snuka’s unkown father. Most importantly, Snuka’s father has not been an earlier pupil of his master, has not been lured to the side opposite of Snuka’s side on whatever scale of morality applies* and is not currently running around in a black uniform/prosthetic lifesuit while going by a vaguely sinister, made-up name. Yes, I know that goes against all the established laws of fiction, but that’s just the way it is. (That being said, I still think it’s strange that in “Spaceballs”, Lonestar doesn’t show the least bit of interest in the fact that Dark Helmet knew about his (up to then unknown) family, even if that doesn’t actually make them related…)

In order for Snuka’s master to be able to deliver that important bit of information, I’ve had the highway overpass collapse after the rest of Chinatown, to slightly delay the demise of the two. (And if you harbour any doubts regarding Snuka’s death, note how he’s coughing up blood in panel two – in fiction, that’s a sure (and mandatory) sign of being mortally wounded/terminally ill, even if the illness in question doesn’t normally induce internal bleeding.) Anyway, this being settled, PinkPrincess!Mopey will ride again on Thursday. Another new voting incentive is up, as well.

*In Snuka’s case, the classic light/dark dichotomy is probably not applicable…at most, I guess it would be a somewhat lighter gray/somewhat darker gray kind of thing.