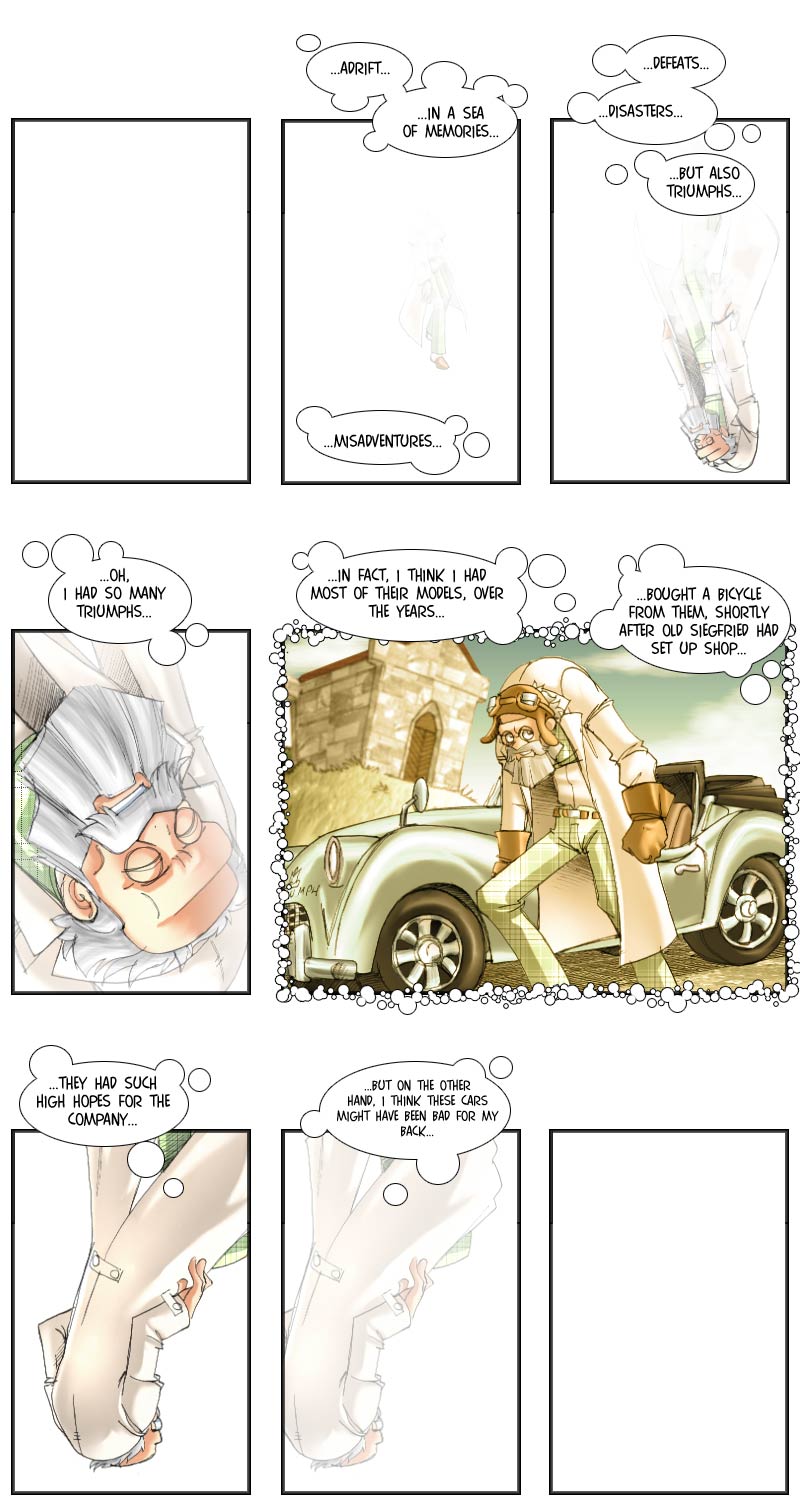 I thought it would be highly unfair to concentrate solely on the Professor’s misstakes without also showing something of his triumphs.

And with the kind of life the Professor has had, and the length of it, there would have been a lot of triumphs to illustrate. For one thing, there are his scientific achievements, like the triple-expansion steam engine, the self-cleaning cheese grater or the universally applicable deus-ex-machina radiation, the frequency of which automatically adjusts to any plot need.

Or the victorious outcomes of any of his big adventures – putting Prof. Moriarity behind bars (for tax evasion*), finally getting the Cross of Coronado into a museum or any of the dozens of times he had to retrieve his temporal displacement device from some god-forsaken corner of the planet (it keeps temporally displacing itself).

But at the end of the day, I went not with any of the triumphs he achieved, but with one of the Triumphs he had owned. They were just the easiest to find references for. Triumph had always been the Professor’s favourite make – he bought a bicylce from them in 1886, and the quality convinced him. In fact, he’s still using it around the campus. The cars didn’t always convince him, but he remained loyal to the brand nevertheless. The many decades of folding his longish frame into shortish roadsters did have their consequences, though – over time, the Professor developed a seriously deformed back just from his desperate efforts to keep his face within the protection of too-short windshields. And now you know how that came about.

I can’t help the feeling, though, that the Professor’s memories are getting a bit muddled…must be all the ret-cons. Looks like I’ll have to get him some professional help for that…

*Actually, it was more like a miscalculation on his tax form.