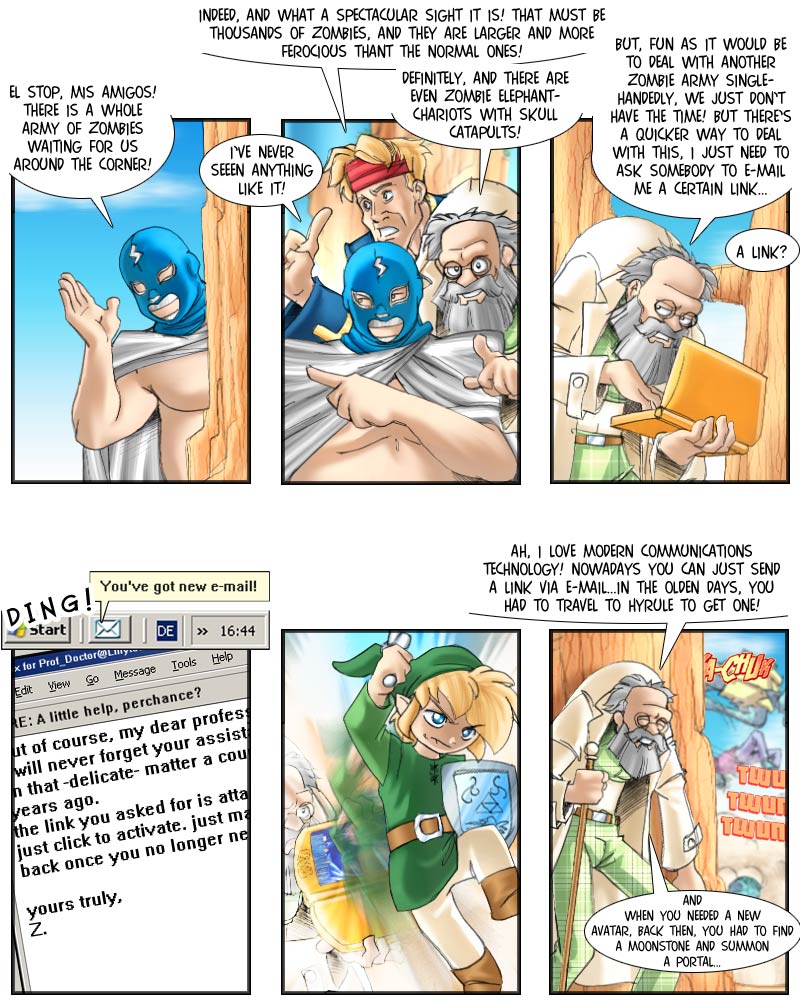 Don’t worry, this will be the final video game reference in this chapter, which is nearing its end – for, as you can see in panel two, the production was rapidly running out of money at that point. The last recourse of the SFX department: if the script calls for a scene which is simply far too elaborate to pull off with the means available, just point the camera at the actors and have them simply describe the scene (while emoting suitably). Add a few sound effects, and the illusion is just about perfect. (Important tip: make sure the actors all point in the same direction, though. =P)

A good example for this kind of ‘acted FX’ was provided by Bela Lugosi in ‘Old Mother Riley Meets the Vampire’ (no, that movie really exists. No joke.), where he plays a mad scientist/vampire composite villain. He boasts that his newest invention can “sink a thousand battleships with one touch of a button”, then proceeds to immediately prove it by – touching a button. No, not even stock footage of sinking battleships, the audience simply had to imagine that part. (Aside from that, the movie was shot in 1952 – the number of battleships even in existence at that point in time can’t have been more that a few dozen worldwide.)