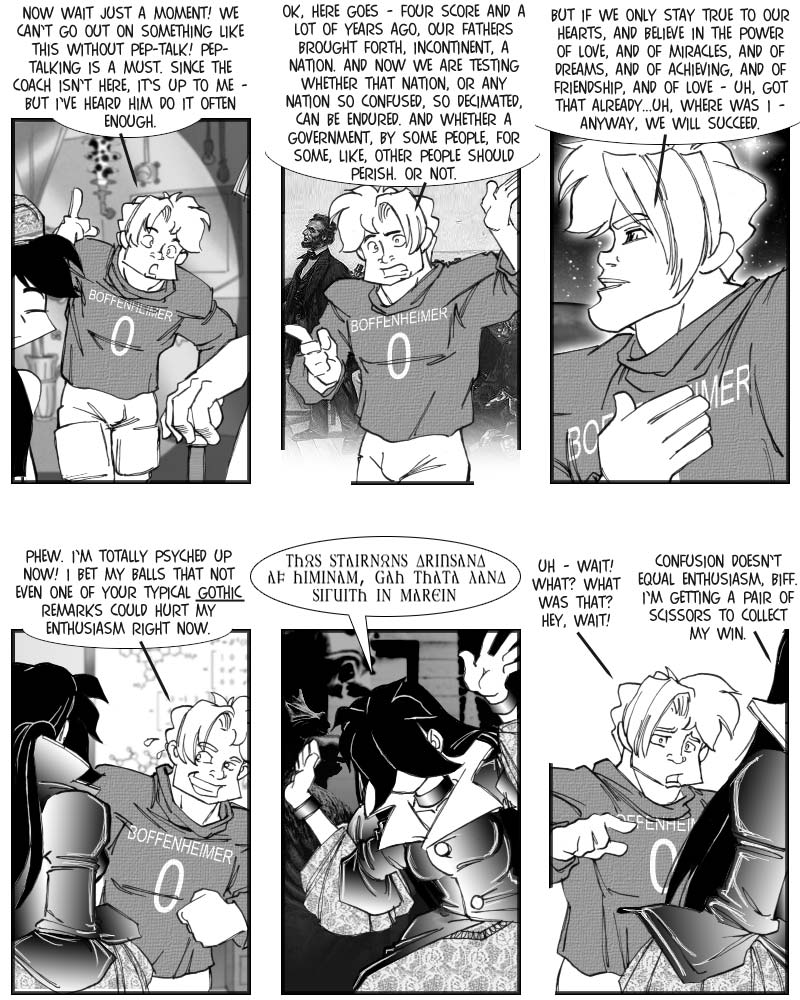 I guess the most positive thing that could be said about Biff’s contribution to combat preparations is…well, he’s applying himself, at least. Which, incidentally, happens to also be the only positive thing his various teachers were ever able to say about Biff’s contributions – up to the Professor, of course, who doesn’t really consider mindless application to be anything positive. He’s demanding, that way.

And Biff seems to have his coach’s standard pep talk memorized, more or less … yeah, the coach didn’t come up with it all on his own. The coach isn’t, you know, a man of big words and such, you know. The text in panel three, however, is all Biff’s, the fruit of countless hours of being subjected to children’s TV and its simple homilies.

Mopey, on her part, gives us another lesson in telling true goth from poser – many people just act gothic, Mopey speaks Gothic. Fluently. (Her statement, by the way, translates to “The stars will fall from the sky, the lands will tumble into the sea…”)

Tune in on Thursday, if you want to know wheter Mopey will really insist on collecting her win – in gory Technicolour! A new voting incentive is up, clearly demonstrating how desperately I’m stuck in the 80ies.