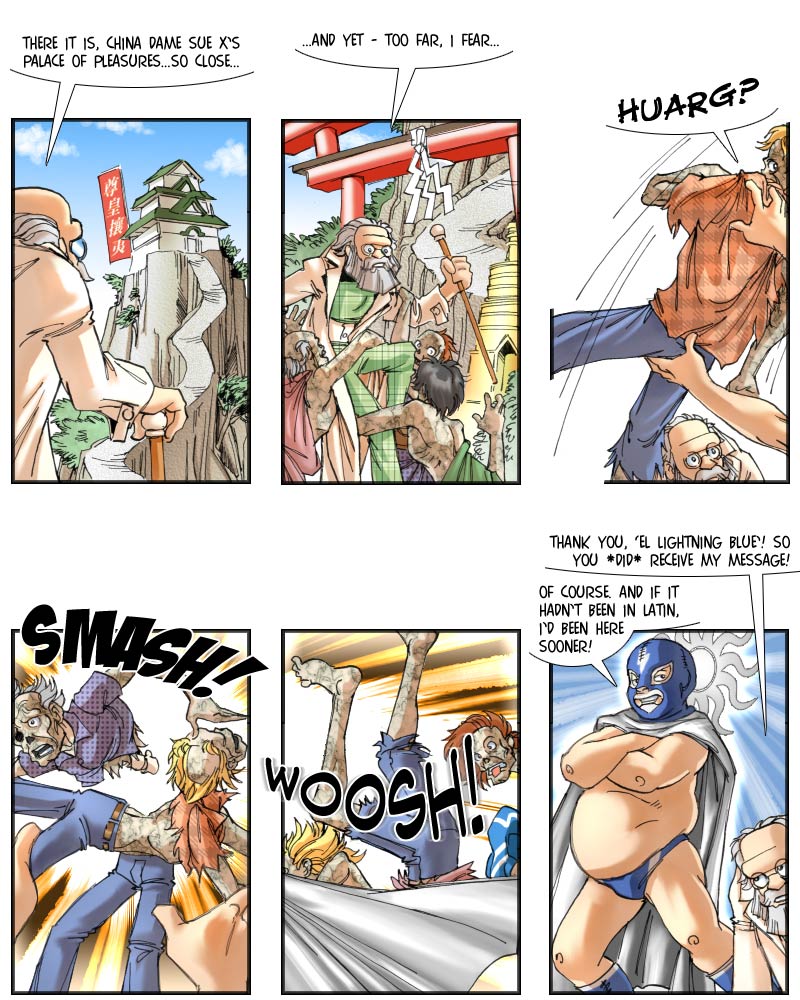 Well, with all of the Professor’s old team being deceased, I thought I should give him a new companion or two for the final leg of his journey – just so he doesn’t have to talk to himself all the time. Of course this goes back to that mysterious call to Mexico City the Prof. placed in this strip. And, if you think about it for a moment, it was really to be expected that the kind of help he was trying to get from there would turn out to be some kind of masked luchador or other….after all, down south they’re generally considered to be the right people to deal with undead problems:

And, yeah, China Dame Sue X’s palace of pleasure is located in a mock Japanese castle on an artifical cliff surrounded by fake torii gates and imitation stupas. Sue X saves no effort when it comes to making a fake experience as authentic as possible – but that is kind of her job anyway, isn’t it?

As far as production goes, this strip is already a bit dated, having been drawn more than 16 months ago…but I re-coloured it over the weekend, so it wouldn’t stick out to badly.

Well, I guess with his new, strong and reliable companion, the rest of Professor Doctor’s little trip up that moment shouldn’t be any problem at all, right? Right? Well, more on Monday. Today’s new voting incentive is rather brainy, for once.