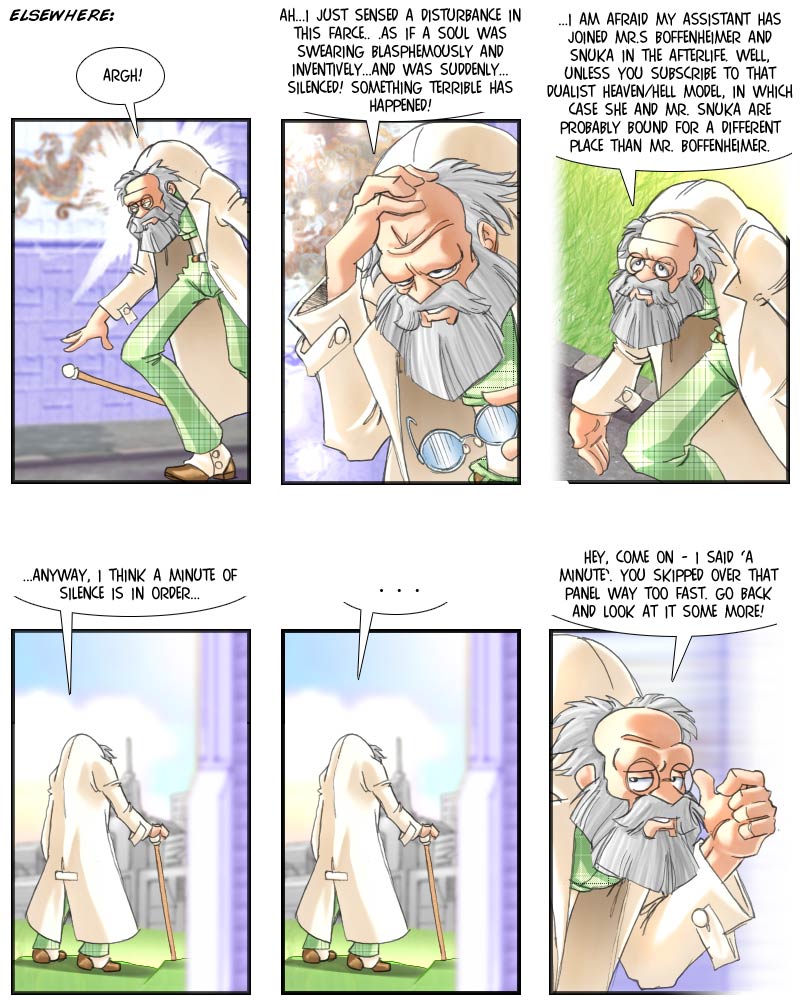 While a minute of silence is customary in real life, movie scripts more often use the phrase “a moment of silence”, which might be as short as a couple of seconds. Apparently, movie makers think that the attention span of their audience doesn’t allow for anything longer – with a longer break in the action, members of the audience might forget they’re watching a movie and start wandering off aimlessly, like confused sheep. B-grade scripts might actually use the phrase “minute of silence”, but on-screen silence will not actually last any longer than with the “moment” – so it actually just reinforces the fault.

And so now the Professor knows of his assistant Mopey’s fate – because the Farce told him. The Farce, in case you didn’t know, is some kind of invisible field made from lame jokes…its energy surrounds us and binds us all, protests notwithstanding. It’s created by microscopic life-forms that reside within the cells of all living things, called Benny-Eltonians. They continually speak to us, which is also the origin of migraines. It is his deep knowledge of the Farce that allows the Professor to predict where the plot is headed, and also break the fourth wall every now and then. In many ways, the Farce is similar to the Force, just that deep knowledge of the Farce does not negatively impact your grammar.

The background is obviously the (same) Great Wall of Lillychinatown, again – meaning that the Professor made it through that quarter and is now close to his goal, China Dame Sue X’s Palace of Pleasure. More on Thursday. Today’s new incentive is MGS themed.