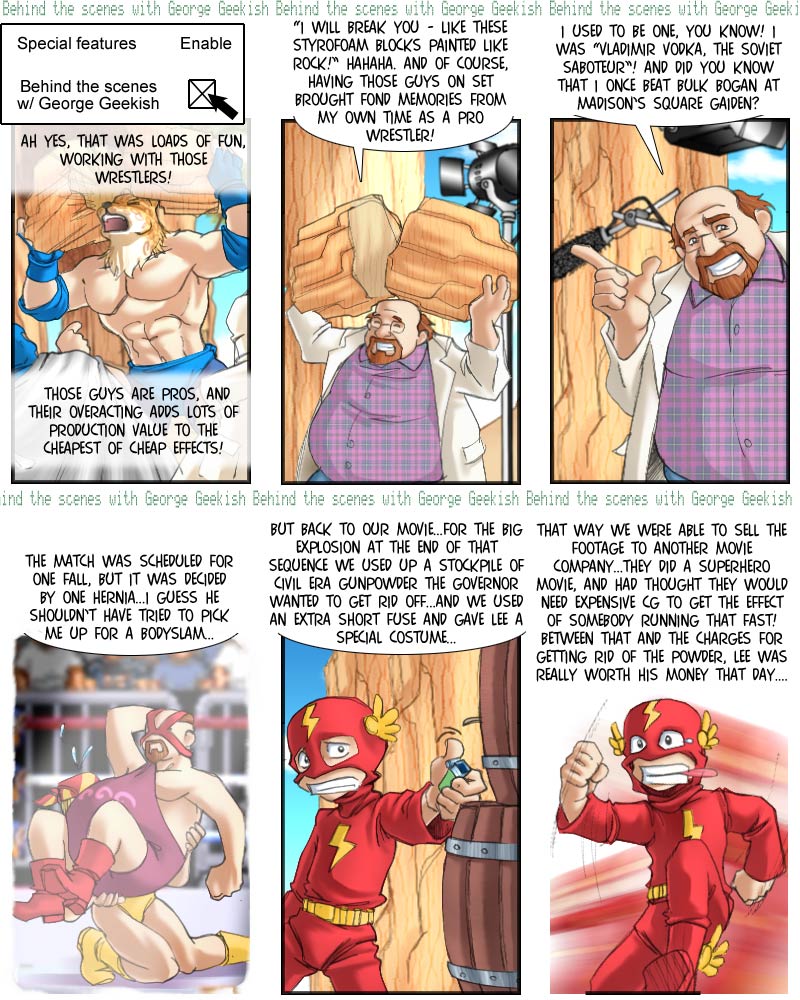 I guess the fact that George Geekish has a background in pro-wrestling doesn’t come as that much of a surprise – it does fit in well with a lot of the traits he’s demonstrated so far. Especially the nonchalant way in which he treats the risk of potential, horrible injury to Lee’s person, but also his never-ending quest to achieve major effects with little capital… He did not wrestle all that long, however, soon moving on to a position behind the scenes, dealing with effects – and that’s how he got started in his current line of work.

This here, naturally, is one of his masterworks – the production did actually earn money on the effect, just because George was right in his assumption that Lee could really run *that* fast given a good enough reason. I mean, he has seen Lee running lots of times before…in fact, of lately, he has mostly seen him running away – usually as soon as Lee detects as much as a hint of George’s presence. George is slowly getting the feeling that Lee is just lazy, or cowardly….always shying away from the one or two little life-threatening chores George would have him perform, as if that was asking too much for 3.75 HK $ a day. (Little finanical tragedy on the side: the Hongkong Dollar is pegged to the US Dollar, so Lee doesn’t even get to profit from the decline in the USD’s value.)

Well, today’s voting incentive features Mario, once more – it’s odd how plumbers never seem to disappear from the headlines for any amount of time. More on Monday, when it’s back to the aftermath of the last round in the big ninja/pirate fight.